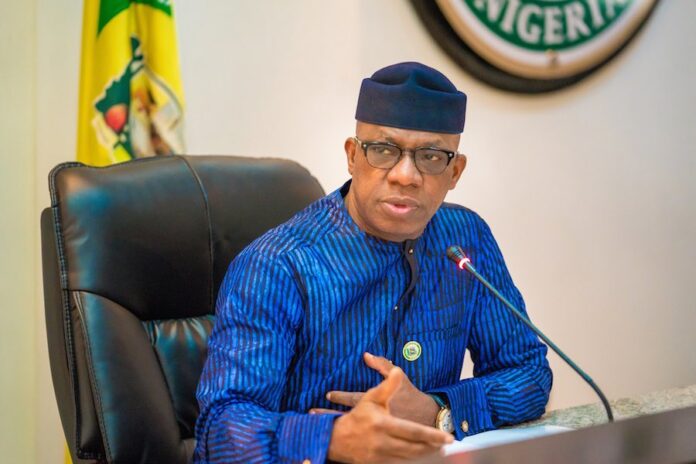 The governor of Ogun State, Prince Dapo Abiodun said that his government will this week roll out an empowerment program targeting 5,000 youths with 250 beneficiaries from each of the 20 local governments areas.

Gov. Abiodun said that the programme which would be in addition to a series of other efforts of his government to empower the youths would provide skills and capacity building for the youths as well as stipends whilst the participants are attached to small and medium scale enterprises and government agencies.

Addressing the press on Monday night over updates on EndSARS protest at the Governor’s Office, Oke-Mosan, Abeokuta, the governor said that “in the area of youth development especially, our administration is determined to unleash the creative energies of the vibrant, tireless and motivated youths, towards building a more vibrant economy. This is why we have come up with various economic programmes that they can tap into.”

Gov. Abiodun commended the youth of the state for agreeing to suspend the protest which has obviously been hijacked by the hoodlums.

The governor explained that he had always identified with the youth struggle as he had not only ordered for the release of 33 of them  arrested by the police but he had equally gone ahead to implement the decisions taken at the NEC meeting with the setting up of Judicial Panel of Investigation on police brutality and setting aside the sum of N50m as support fund for victims of police brutality among others.

While commending the organizers of the #EndSARS for suspending the protest, the governor called on them to allow for the full implementation of their demands by government urging the people to take full advantage of the windows available including the State Human Rights Complaints’ Report portal to express their grievances in a peaceful manner.

He declared that as relative peace is gradually returning to the state, combined teams of law enforcement agents have been put on the alert to protect public buildings and similar properties belonging to the government and other prominent facilities in all locations around Ogun State urging the people to call 112 to report any suspicious activity, molestation or harassment.

The governor said, “We are irrevocably committed to the successful implementation of the ‘Building our Future Together’ agenda. As a responsible government, we will do everything possible to ensure that all the people of Ogun state have increased prosperity and place our  dear State on a sure footing towards continued development. Therefore, we will not allow anyone or group to truncate the re-emerging peaceful atmosphere in our dear state.”

Abiodun commended all the law enforcement agencies in the state for their maturity, dedication and great restraint in handling the #EndSARS protest. He specifically mentioned the police saying that “I must mention here that like every organistion, there are few bad eggs. The police is not an exception. However, we must not allow the few bad eggs to tar the entire police force with one brush. They need to be encouraged, motivated and supported to have the police that we will all be proud of.”

The governor equally praised the traditional rulers, religious leaders, community leaders and other youth and students’ leaders for their various spirited efforts towards restoring peace adding that their participation in the continuous engagement and moral suasion with the listening Ogun youths and students had largely been responsible for the relative peace being enjoyed now across the state.