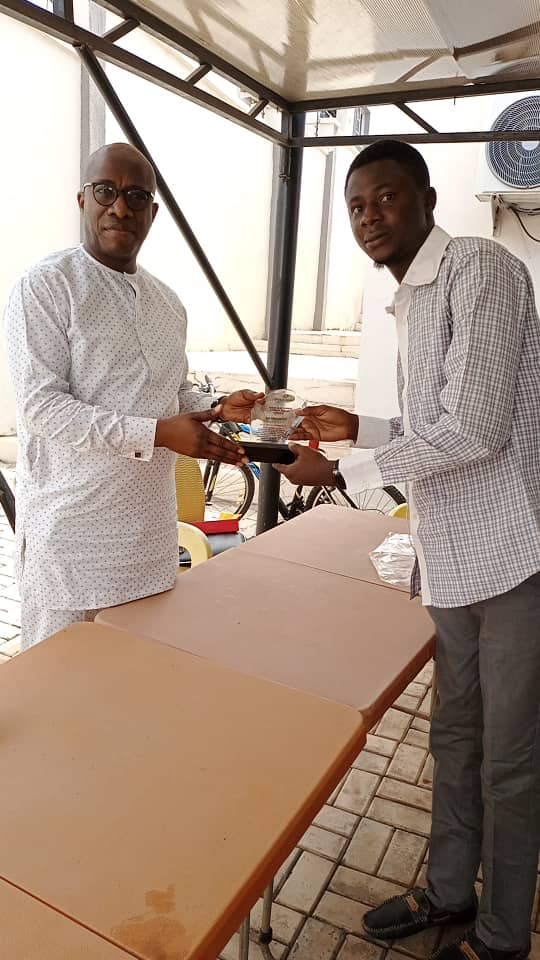 Mr Segun Showunmi, Spokesman to Alhaji Atiku Abubakar, former Vice-President and 2019 PDP Presidential candidate, has said that except Nigerian youths, particularly those that are educated begin to take active part in politics, the much desired change in the way the country is being currently governed would be at best be a mirage

Mr Segun Showunmi has therefore urged the youths to go back to their respective wards and join a political party of their choice as this he said would allow their political consciousness rub on other members of the party and ultimately help to form a government that would promote good governance.

The political activist made this call at his residence in Abeokuta when the leadership of National Association of Nigerian Students (NANS) Zone D paid him a courtesy call and presented him with award of excellence for always speaking up towards entrenching democratic norms and good governance in the country.

Showunmi stated that a situation where the 77% of voters in the country are illiterate will always lead to making uninformed and unintelligent decision and more often than not resulting to election of leaders who are not resourceful and do not have what it takes to offer quality leadership to Nigerians.

He urged the students to embrace active politics and begin to use their education and exposure to sensitise and play advocacy roles in their respective political parties towards achieving a Nigeria of their dream saying that as long as the political process is left for the illiterate, the journey to the promised land would remained tortuous.

Showunmi decried lack of patriotism and decadence that has eaten deep into nowadays students unionism as these have also contributed to the deterioration of the country, saying that the students must bring back the good old days when students’ movement would stop at nothing to fight bad governance and every policy that is not in the best interest of the country.

The political activist thanked the students for the honour done him promising to always be ready to support every of their move to create a better country for themselves and future generations.

Speaking earlier, the leader of the students, Comr Emmanuel Showunmi lauded Showunmi for his various philanthropic acts to the young ones as well as for staying committed to entrenching sound democratic principles that could advance the greatness of the country since returning to civil rule in 1999.

Emmanuel said that the students have therefore deemed it fit to honour the political activist as a way of encouraging him to do more while also urging him to keep supporting the youth in their determined efforts to make the country a better place for all.