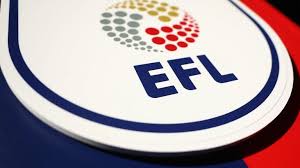 Clubs in the English Football League (EFL) will be permitted to make five substitutions in matches from Nov. 20 to combat the congested schedule brought on by the COVID-19 pandemic.

Clubs were allowed to increase the number of substitutes from three per match when the 2019-20 campaign resumed after a prolonged hiatus due to the outbreak of the novel coronavirus.

Soccer’s rule-making body IFAB, gave leagues the option of continuing to use up to five substitutes this season, but left it up to individual federations and leagues to decide.

“Following consultation with Clubs, the EFL Board has agreed to increase the permitted number of substitutes to five in all EFL fixtures taking place from noon on Nov. 20,“ the EFL, said in a statement.

The EFL said Championship clubs will be allowed to name up to nine substitutes in their match day squad, while League One and League Two clubs can name up to seven.

The Premier League remains the only major European League not to use five substitutes and has faced criticism from a chorus of club managers, including Liverpool’s Juergen Klopp and Manchester City’s Pep Guardiola.