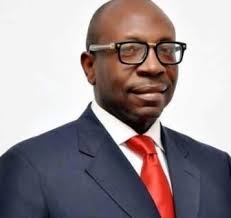 A Socio-political group, Edo Across Borders (EAB), has charged Edo people, especially the electorate not to entertain fears of violence, but to massively come out and vote for Pastor Osagie Ize-Iyamu (POI), during state governorship election on Sept.19.

Ize-Iyamu is the candidate of the All Progressives Congress Party (APC), who is promising to revitalise all sectors of the state with his ‘The SIMPLE agenda’ manifesto.

The group gave the charge in a statement signed by its chairman, Chief Gabriel Edeoghon,  on Wednesday in Benin.

The SIMPLE agenda is an acronym that stands for Security, Infrastructural development, Manpower development, Public/Private Partnership, Leadership and Employment creation.

The group said its resolve to mobilise support for Ize-Iyamu arose from its alleged failure of the current government to deliver on its promises to the people.

“Like other Edo citizens, Edo Across Borders, a group of Edo citizens at home and in Diaspora has watched helplessly as the technocrat governor lavished his fanfare, equity and energy on a futile political feud with his former mentor.

“After an exhaustive and painstaking review, Edo Across Borders is endorsing Pastor Osagie Ize-Iyamu for governor.

“We do not make this decision lightly; the evidence of the present government’s failures abound for any objective observer, from a healthcare system in crisis to exploding youth unemployment.

“The doctor-to-patient ratio continues to decline despite the governor’s promises and commitments.

“Similar deficiencies or unsatisfactory performance are equally glaring in other sectors of the state’s economy.

“Because of the present government’s failures and because we are irrevocably convinced that Edo State deserves better, Edo Across Borders endorses and supports the candidacy of Pastor Osagie Ize-Iyamu as the next governor of Edo State.

“We find the current status quo unacceptable, Edo state simply cannot afford to continue to meander in mediocrity, and that’s why we have embraced POI and his Simple Agenda.

“His roots are deeply planted in the soul of the state. He is real grassroots politician who is as comfortable in the boardroom as he is at the village town hall meeting.

“The Simple Agenda is a courageous, profound and outstanding document that outlines the current problems and proffers pragmatic solutions to the current challenges facing our state.

“The highlight of this document is reflected in its specificity, accuracy, timeliness, reliability and measurability.”