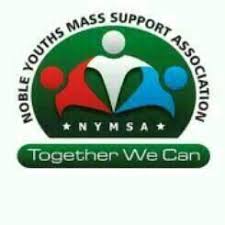 Mr Godwin Onmonya, the National Coordinator of the group made the call in an interview with newsmen in Abuja, on Friday.

According to him, election is not a do-or-die affair, therefore, should be conducted free and fair without violence, fear or favour.

“Election is not a war and we should not make it look uncomfortable to both the electorates and the candidates.

“We call on the good people of Edo to go out and cast their votes peacefully on Saturday and avoid any act of violence during and after the election.

“Political parties and candidates must publicly condemn any advocacy of hatred or incitement to discrimination, hostility or violence,” he said.

The coordinator said the use of young people by the political class to perpetuate reprehensible acts during elections was not in the interest of democracy.

He called on the electorate to come out en-mass and cast their vote for the candidate of their choice, while calling on the security agencies to provide adequate security for the elections.

“The authorities must put measures in place to ensure that politicians and their supporters do not infringe on human rights.

“They must announce clearly that there is zero-tolerance for human rights violations and that anyone suspected of wrongdoing will be brought to justice.

“The security operatives should also be civil and conduct themselves properly during and after the electoral process,” he said.