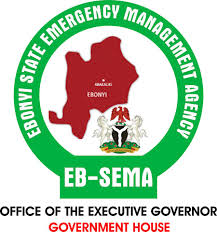 Mr Kenneth Oziomaeze, the Executive Secretary, Ebonyi State Emergency Management Agency (SEMA), has said the agency is making efforts to assist victims of the June 2019 fire in the state with relief items.

Oziomaeze said this in an interview with our Correspondent in Abakaliki on Monday, while reacting to the appeals from a cross-section of the victims for government’s assistance.

He said that the agency had taken their appeal to the National Emergency Management Agency (NEMA) for its assistance to ameliorate their sufferings.

He lauded NEMA’s interventions in different flood and communal crisis in the state and prayed for more interventions to accommodate the fire victims.

“We are not relenting in our efforts to assist them to cushion the effects of the disaster,” the SEMA boss said.

Our Correspondent reports that some of the victims have cried out for help, saying that life had become unbearable to them.

They spoke in separate interviews with our Correspondent, saying that the fire brought untold economic hardship to them.

They, therefore, appealed to the federal and state governments as well as public spirited individuals and organisations to come to their aid.

One of the victims, Alhaji Saleh Umar, said that he could no longer cope with the situation, considering the enormity of the loss he suffered.

Umar, who is a trader, said that all the victims of the fire were going through a frustrating and trial period.

“We are frustrated and suffering untold hardship as a result of the fire,” he said.

He said that an electronic dealer, Mr Chukwudi Oni, who lost everything to the disaster, died in the aftermath of the incident.

He said that Oni reportedly got a bank facility, which he invested in the purchase of more gadget for his shop but lost everything to the fire.

Umar said that he lost 48 cartons of fish, worth almost N1 million, as well as goods and household property to the fire.

“Since then, I have not been able to replace the items or return to my business,” he said.

He further said that most of the victims of the fire had been squatting with their relatives since the incident happened.

“We appeal to government at all levels, agencies, organisations and individuals to assist us,” Umar said.