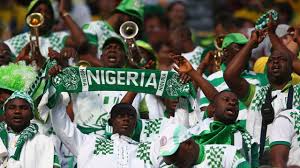 The Nigeria Eagles Supporters Club says it is making plans to organise football competitions in various states of the country to aid grassroots development.

The Chairman of the club’s Board of Trustees, Mr Sunny Gullong, said this in an interview with the Newsmen on Monday in Abuja.

Gullong was speaking following the recent inauguration of 30 state and FCT chapters of the club.

He said that the club used to have 12 chapters but now has 31 chapters, which would help enhance the effectiveness of the club’s activities.

“Each chapter is in charge of its own activity which entails organising competitions and charity plans for their state.

“About competitions, we felt that we need to contribute to the development of football at the grassroots by keeping the youths busy.

He said that the competitions would help keep sporting facilities in various states busy as well.

“We have sporting facilities in various states that are not in use, so these competitions would help keep those facilities in proper use.

“Before now, we usually organise Unity Cup tournaments in some states but now we are looking at inter-local government and inter-secondary schools competitions.

“The idea is to get and groom young talents who could feature in future national and international events,” Gullong said.

Aside the organisation of football tournaments, Gullong also added that the club usually engages in charity works.

“During the peak of COVID-19 pandemic, we distributed face masks and sanitizers to various states in the country. This was done in partnership with the National Lottery Trust Fund,’’ he said.

The football stakeholder said that 2021 would be a busy year for the club following various sporting events like the Olympics and other continental qualifiers, where they are expected to cheer Team Nigeria to victory.