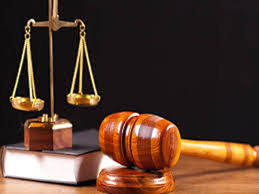 A Magistrates’ Court in Gwagwalada, FCT, on Tuesday sentenced a driver, Adeoye Olayemi, to one year imprisonment for stealing six cars.

The police charged Olayemi who is from Kabba Odolu village, Kogi, with one count of theft.

Magistrate Yusuf Ibrahim sentenced Olayemi, after he pleaded guilty and begged for leniency.

Ibrahim sentenced the convict without an option to pay a fine.

He said the punishment would serve as a deterrent to anyone planning to trail that part in the future.

The defence counsel, Owobu Godday, pleaded with the court to tamper justice with mercy and be more liberal in his sentencing.

Earlier, the Prosecution Counsel, Dabo Yakubu told the court that the complainant, Emmanuel Jesse, reported the case at the Gwagwalada police station on July 13.

Yakubu alleged that the defendant stole a Toyota Camry belonging to the complaint with registration Number RSH896HF where it was parked at the Gwagwalada market.

He said that during police investigation the defendant confessed to the crime and five more cars were recovered from him.