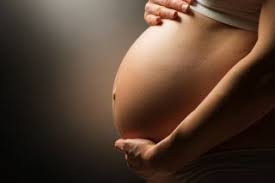 Ehigiator told the NEWSMEN in Benin City, Edo, on Friday, that dehydration could lead to serious complications during pregnancy.

“These risks, in turn, can lead to birth defects due to lack of water and nutritional support for the baby.

“Drinking enough fluids can keep you feeling well during pregnancy. It can also help with some common pregnancy problems, such as constipation and tiredness.

“Pregnant women need to drink six to eight medium (200ml) glasses of fluid a day. All drinks count, including hot drinks, such as tea,” he said.

He listed some symptoms to include: feeling thirsty, dark-coloured urine, not peeing very often (less than three times a day), dry mouth, dizziness and headache.

According to the medical practitioner, most cases of dehydration in pregnancy are mild, adding, however, that severe dehydration can be dangerous for both the mother and the baby.

Ehigiator urged pregnant women to always stay hydrated and avoid being thirsty at any time.

“The foetus places intense demands on the body, hence the need for pregnant women to consume extra nutrients.

“Morning sickness as well as conditions that cause excessive vomiting may also play a role in dehydration”, he said.