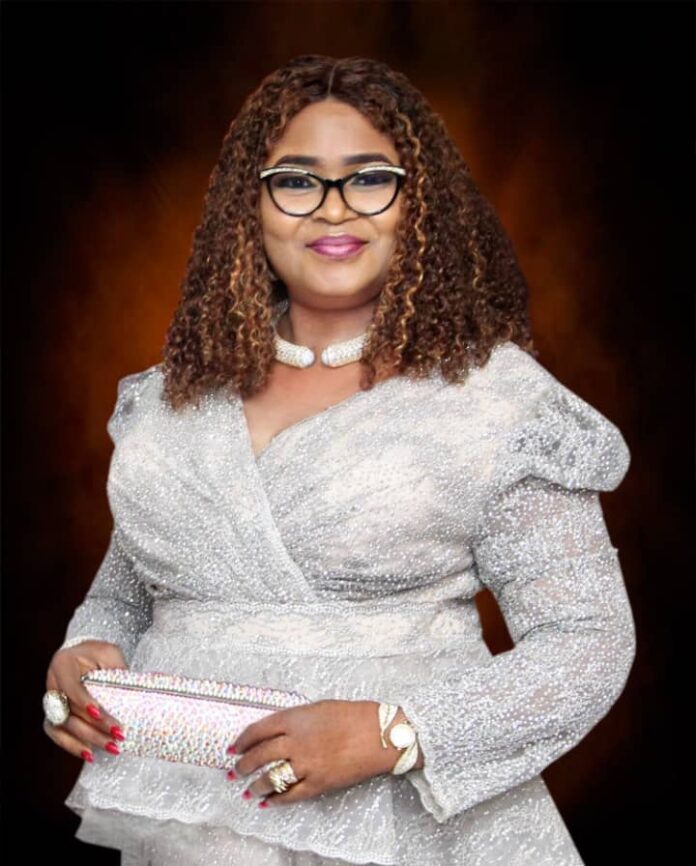 In this piece, the woman leader, Abuja chapter of National Association of Nigerian Traders (RTEAN), Amb. (Mrs) Rachael Adewumi, who doubles as the CEO, Takem Nigeria Limited and the President, Takem Empowerment Initiatives draws the attention of the Honorable Minister, Federal Capital Territory Administration (FCTA), Mallam Mohammad Musa Bello to the empowerment of women traders and constructing roads as a link between the people and the markets in the nation’s  capital, reports our Abuja corespondents, Abba – Eku Onyeka.

To the Woman Leader, Abuja chapter of National Association of Nigerian Traders (NANTs), Amb. Rachael Oluwakemi Adewumi, the Honorable Minister,  Federal Capital Territory Administration (FCTA), Mallam Mohammed Musa Bello is doing very well, especially in the areas of completion of road projects,  among others,  but the minister, according to her shouldn’t only improve in the areas of empowerment of the women traders, due to their contributions to the economy, but also in the linking of markets, such as Kaura Model Market with roads to enable those living in areas like Prince and Princess,  Sun City, Sunny Vale Estates and the traders in the market benefit from each other.

Speaking in details, she said: “The minister is trying in the areas of completion of road projects,  among others which has been easing the heavy traffic in Abuja. But I want to use this opportunity to appeal to him to extend  his gestures in the roads that link Kaura  market with estates, such as Price and Princess, Sunny Vale, Sun City and those living in Lokogoma. If the road is opened, it will ease heavy traffics in the areas.

“If the roads are opened, those living in the estates wouldn’t be going to as far as Wuse and Garki markers for shopping and the traders will also be enjoying turn over, especially in this another recession.”

Still reiterating the need to commend the Minister for the completion of road projects in the FCT, which according to her has contributed in no small measure to the easing of heavy traffics in the nation’s  capital, Dr Rachael Adewumi however informed that before she was promoted from the woman leader of the market to the woman leader of the FCT women traders, she made an attempt to do the roads on her own, but couldn’t as she couldn’t pay the huge amount demanded by the indigenes for the shops and buildings they constructed along the road. To that, she appealed to the minister to use his good office to come to the rescue of the traders and those who would enjoy shopping from such markets.

“As you know, it is the only government that could do such road and compensate the indigenes whose shops and building are along the road. So let the FCT  minister do the needful for some of us  in the market to feel the impact of his good works. I would have done the road on my own and those leaving in the estates would have started to enjoy the market, but unfortunately, I couldn’t raise huge amount involved for the  compensation of the landlords,” she appealed.

On the area of women empowerment,  the woman leader also appealed to the minister to help the women access loans made available for all the traders on all the states of the federation. She said that while some have accessed the loan,  some,  according  to her couldn’t, even as she added that should all the women who are selling pepper,  crayfish, onion melon,  vegetables, among others, it would not only boost their economy,  but also that of  the FCT and the nation in general.

Still making case for her women, she said: “After COVID -19, we entered looting and from looting now to recession. The women who are into buying and selling outnumber their men counterparts. So empowerment of these category of people will go a long way to address the economy.

“To me,  I think the best thing to do is to open the border by the federal government to cushion the effect of the recession. As you can see, the prices  of goods and services have continued to sky – rocket and the money is not there and everybody is complaining. I think that if the border is opened, the price of commodities such as food will come down and people  will see food to eat. So I appeal to the government  to open the boarder for the interest of the masses.”

If what Amb. Rachael Oluwakemi Adewumi says is something to go by,  the empowerment of the women wil go a long way to address the decaying economy.

According to her, “the women in the buying and selling are numerous. I want to inform you that I have over 3,000 followers in this FCT. Our slogan in NANTs is that the traders are the heartbeat of the nation’s  economy. As you can see, with the population of the women under me alone in this FCT, if these  women are assisted as I appealed to the FCT minister earlier,  the economy  will certainly bounce back,” even as she added that without the women taking the risk, irrespective of the insecurity to go to the farmers to get peppers, tomatoes,  onions, among others, such things will not be available in the market for consumption. “So they should be assisted and encouraged by all, “ she stated.

Hailing the FCT chairman of the Association, Dr Prince Edozie Ugwu for  equal treatment to all, irrespective of status in the society, the woman leader however appealed to the FCT minister to build more markets that would be affordable to all, which if done,  according to her will be beneficial to the poor as well as the rich.

She treated with a wave of hand, the insinuations that the rich among the traders would hijack such markets and deny the poor access  to them,  by saying: “Our chairman has never and will never allow such to happen. In fact, he has been chasing every market, be it the one developed by public sector the one by the private sector. He has been doing that to ensure that both the poor and rich have equal  opportunity in NANTs.”

Still commending the minister for completion of most roads in FCT which she said has been helping in the areas of transportation of goods and services into the markets,  Mrs. Adewumi therefore informed that they have concluded all arrangements  to pay courtesy call on the Minister for women traders and the Honorable Minister to brainstorm on how to move FCT forward. She however advised traders under her to ensure that they don’t sell their commodities and wares very costly, for the buyers not to be denied the opportunity of enjoying their goods.

Don’t  be greedy in  selling your goods to your customers. Things are very hard.  Don’t  deny them the opportunity of buying and enjoying your goods.  Remember to use what you have to help the government as the country belongs to all us” she advised.