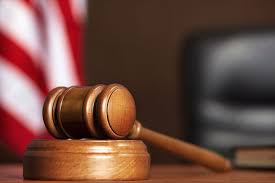 The Police Command in Osun on Monday arraigned a dismissed police officer, Olayiwola Felix, 24, before an Osogbo Magistrates’ Court over alleged stealing of a bag belonging to an applicant during police recruitment exercise.

Police Prosecutor, ASP John Idoko John, told the court that the defendant on Aug. 24, at Osogbo police headquarters, stole the bag, containing a techno Camon 12 phone worth N58,000 and N25,000 cash, property of one Ajibola Bolaji, a police applicant.

The prosecutor said that the phone was tracked down to the police headquarters in Osogbo and was found with the accused.

The police prosecutor said the offence contravened Section 383 and punishable under Section 390(9) of the Criminal Code Cap 34 Vol ll Law of Osun State 2002.

The accused, however, pleaded not guilty to the one count charge.

Oladele further said that the defendant was dismissed in the command over of the offence.

The bail application was, however, opposed by the police prosecutor, on the ground that the accused would tamper with the ongoing investigation into the case and might also jump bail.

In his ruling, Magistrate Modupe Awodele, granted the accused bail in the sum N100,000 with one surety in like sum.