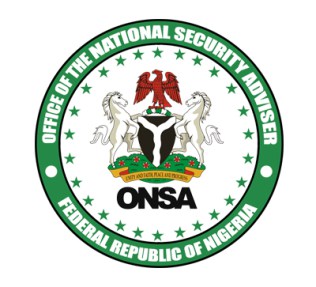 Office of the National Security Adviser (ONSA) has placed men and officers of Nigeria Customs Service (NCS) on red alert as manufacturers of the banned drug, tramadol, have rebranded and changed the name of the drug to tafrodol in order to beat Nigerian border and port officials during importation processes.

According to a leaked letter from the Office of the National Security Adviser (ONSA) which was addressed to the Comptroller General of Customs, dated October 30, 2020, the ONSA warned that the Customs need to be at red alert following the change of name of tramadol to tafrodol.

According to the letter with the title: ‘Suspected change of name of Tramadol’, which was signed by Babagana Monguno, “Intelligence at the disposal of the Office of the National Security Adviser have revealed that manufacturers of tramadol tablets have discreetly started changing the brand name of the drug to Tafrodol to evade detection by officials of the relevant Nigerian security agencies.

“In view of the above, the Nigeria Customs Service (NCS) may wish to alert its officials at Nigeria’s point of entry to watch out for this brand of drugs coming into the country.

“In this regard, you are requested to circulate this information to all the Customs formations and physical examination bases for the detection and detention of such suspected drugs and the ONSA be notified accordingly.

“While thanking you for your continuous corporation please accept the assurances of my highest esteem and best regards as always.”

Recall that huge imports of tramadol drugs have been seized at Nigerian ports and borders by security agencies following its prohibition by the Federal Government in 2018.

According to reports that tramadol serves as a pain reliever and has a calming effect. Some people use it to help them sleep. However, in excess doses, it can be an energiser. Those who use it in excess doses include youths between the ages of 14 to 25.

Since a 2018 Nigerian government policy, tramadol has remained a restricted pharmaceutical product that can only be administered through prescription by medical professionals.

However, its wide non-medical use in life-threatening doses remains a human security problem in the country. Lagos in Nigeria has served as a major market for tramadol originating from Cotonou in Benin.