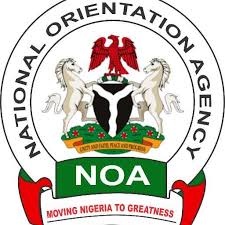 The National Orientation Agency (NOA) in Adamawa has urged youths to remain law-abiding citizens and peaceful following the curfew imposed by the state government due to vandalism and ransacking of government and private warehouses by hoodlums.

Malam Mohammed Gabdo, the Adamawa State Director of NOA, made the call in an interview with the Newsmen on Monday in Yola.

It was reported that the hoodlums carted away food items and other government property on Sunday and Monday in spite of the 24-hour curfew imposed by State Government throughout the state.

The youth vandalised the premises of the National Emergency Management Authority and carted away food items, fertilisers, tractors and other items.

Gabdo advised the Youth to remain peaceful and contribute their part to the development of the state and the country at large.

“You should understand that you are the leaders of tomorrow, hence the need for you to be good citizens and prepare yourselves for the leadership and also be role models to the younger ones,” he said.