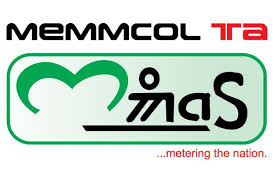 The company said this in a statement signed by the chairman’s Personal Assistant, Mrs Oluwakemi Baruwa, in Lagos on Saturday.

It said the Ogun State Commissioner for Education, Science and Technology, Prof. Abayomi Arigbabu, commissioned and received the facility on behalf of the state government.

Arigbabu is quoted as commending MEMMCOL’s investment in public schools in the community.

He charged the management of the school to take full advantage of the facility to “upscale the pupils’ academic performance and competitive exploits”.

According to Arigbabu, this singular act of the company depicts fulfillment of its social responsibility for the development of its host communities and is worthy of emulation by others.

“This private individual company, MEMMCOL deserves commendation for its laudable initiative and contribution to educational development in Ogun State.

“This is a commendable effort from MEMMCOL as part of its Corporate Social Responsibility (CSR) in contributing to the development of its host community,” he said.

The commissioner said the security and protection of the facility would be done with the support of the community, in ensuring the newly built classrooms were protected judiciously.

He said that the state government would look into illegal encroachment into the school land by some individuals in the community, assuring that government would reclaim the encroached part of the part.

Arigbabu urged other corporate organisations to emulate the gesture by MEMMCOL in the community and also support government under the adoption of school programme initiatives.

In his remarks, Mr Kola Balogun, Chairman of MEMMCOL, said the official commissioning of the project was part of the company’s 25th anniversary celebration.

He said it was to contribute to the development of public schools within its areas of operations.

Balogun, who was represented by his Chief of Staff, Mr Hammed Abiodun Saheed,  said the project was part of the company’s social investment plan.

“This is a landmark event.  The company deems it necessary to give back to society as part of its CSR.

“We have adopted the primary school on our own, this is not the first time we have supported the school.

“We have supported the school with modern toilet buildings and borehole, while today, we built these modern classrooms for the growth and benefit of the pupils,” he said.

He assured the school of adequate maintenance of the facility, adding that the company would also impact in other socioeconomic developments of its host community.

Mr Theophilus Oluwasanya, the Chairman, Parent Teachers Association (PTA) commended MEMMCOL for the project to the community and Ogun state in general.

Oluwasanya said the project was a welcome development, noting that MEMMCOL had been supportive to the community.

He said that the company had donated modern toilets and borehole to the school.

The PTA chairman thanked MEMMCOL on behalf of the school and appealed to the state government to continue to support in creating enabling environment for other companies to support education.

The Head Teacher, Mrs Victoria Kusimo,  commended the company for investing in the development of the education sector.

Kusimo said: “Today, we are commissioning a storey building of four classrooms,  four toilets,  one office and a store.

“The journey to the construction of this block for the school  is in  furtherance of the modernisation of Orimerunmu Primary School in Obafemi Owode Local Government,” she said.

Kusimo said the gesture was a CSR initiative by MEMMCOL, which had previously constructed toilets, sank borehole, provided wash hand basin stands and water tank, as well as hand sanitisers and stationery to the school.

“l pray that God in His infinite mercy will be with MEMMCOL and its management, strengthen them more for their efforts toward the success of the school.

“God will enrich their purse and enlarge their coast,” she prayed.