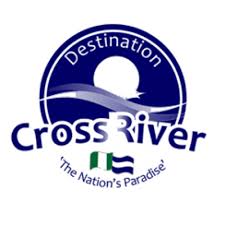 The Cross River Department of Cocoa Development and Control on Thursday flagged-off the harvesting of cocoa at the Cross River Broadcasting Corporation (CRBC) Model Cocoa Farm in Calabar.

Speaking during the occasion, the Commissioner for Information, Mr. Asu Okang, described the event as the first of its kind in the southern senatorial district of the state.

The commissioner said that Agriculture was one of the priorities of the present administration and commended the Special Adviser to the Governor on Cocoa Development, Dr Oscar Ofuka, for his passion and vision for cocoa.

Okang said that the widely held view that cocoa could not grow in any other part of the state except the central senatorial district had become a thing of the past.

In his speech, Ofuka said a lot had been done to expand cultivation of cocoa to every part of the state.

He said that over 15,000 hectares of land were developed in different communities across the state for the cultivation of improved varieties of cocoa.

Ofuka said the idea of the model farm in the premises of the corporation was to encourage diversification and to improve its internal revenue.

“Basically, I want to prove to everybody that Cocoa can grow in any part of the state. It is also aimed at shoring up the revenue base of the corporation.

“At least, money generated from the farm can assist in paying stipends of artists and other running costs,” he said.

Ofuka said that this was in line with Gov. Ben Ayade’s vision of making cocoa the mainstay of the state economy and for employment generation.

Mr. Morris Inok, General Manager of CRBC thanked the special adviser for the innovation and promised that the corporation would maximise the benefits of the farm.

It was reported that over N150, 000 was realised at the occasion from the sales of cocoa produced from the farm.