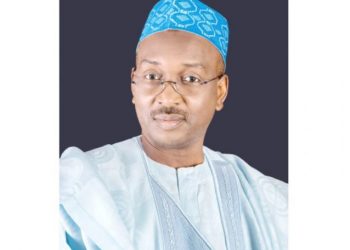 Alhaji Salihu Lukman, Director-General, Progressive Governors Forum (PGF) on Thursday in Abuja said having a credible and verifiable membership register is critical to addressing leadership challenges of the All Progressives Congress (APC).

He said this in a statement, describing the current media campaign against the planned membership registration by the APC Caretaker and Extra-Ordinary Convention Planning Committee as a smokescreen for surrogate leadership in the party.

“As a party, our best route to addressing all our leadership challenges has to find its bearing with reference to ensuring that we are able to produce a credible and verifiable membership register.

“That is the foundation for the emergence of leaders at all levels, it is so fundamental and is in fact what should distinguish our party from all other parties in the country.

“Any leader who is not comfortable with this means that such a leader doesn’t have respect for members and is unwilling to subordinate himself or herself to members,” he said.

Lukman decried why anyone should risk investing superior elective political power on any party leader that was unwilling to subordinate himself or herself to party members.

He said it was however regrettable that since the decision to begin the membership registration and verification by the APC national caretaker committee, there had been media reports threatening legal actions to block the committee from organising the exercise.

Lukman noted that some of the threats went as far as claiming that the Gov. Mai Mala Buni-led committee was going beyond its mandate of organising a national convention for the party in December 2020.

He noted that they had also said that the committee’s mandate did not cover membership registration and should it go ahead with the planned exercise, legal action would be instituted against it.

“According to them, the committee has up to December 2020 to do the needful or be chased out,” he said.

Lukman said those opposed to the planned party membership registration failed to realise that without credible and verifiable membership register, there would practically be no party organ.

According to him, without a credible membership register, there can only be illegitimate leaders and therefore illegal delegates to any national convention.

The forum’s D-G said loyal party members should be able to summon the confidence to prove this in any court of law when necessary.

“It is important to appreciate the need to ensure that the provisions of our party’s constitution are respected by everyone, especially the caretaker committee, which has the difficult responsibility of resolving our leadership challenges.

“It is also important that the right thing is done to lay solid democratic foundation for our party,” he said.

He questioned why  any organ of the party could claim legitimacy when its membership was suspect.

Lukman explained that if the membership of the party was suspect, the legitimacy of delegates who would attend the proposed national convention would also be suspect.

“This is because, for instance, Article 9.4 of the APC Constitution specifically provide that a register of members shall be compiled and maintained at the ward level and be transmitted to the secretariat of the party at Local Government Area, which shall transmit a copy to the national secretariat.

“Provided that the party shall update its membership records every six months and remit updated copies to appropriate secretariats.

“Thereafter, it shall be the responsibility of a member to ensure that his or her name is duly entered in the ward register,” the forum’s D-G said.

He added that the debate around the membership registration must go beyond schemes to subordinate, the party under the control or manipulation of anybody.

He said it would be expected that any leader of the party with any claim of being a progressive or a democratic politician would welcome the need to have membership registration and verification ahead of the party’s national convention.

He noted that it was after membership registration and verification, before it could be satisfied that there were legal delegates for any national convention.

Lukman further added that APC would require Ward, Local Government and state congresses to hold ahead of the national convention to affirm that delegates to attend the proposed convention had the authority of party members.

He said that with such reality, the debate should be about how to conduct both the membership registration and congresses in ways that would assist in resolving the party’s lingering leadership crises.

Lukman added that nobody should be allowed to use any bullying tactic to force the party’s caretaker committee back to the old undemocratic ways of manipulating critical processes of leadership selection.

“Those leaders who are now campaigning for national convention without membership registration may just be taking advantage of the seeming respite in the party, which may convey the wrong impression of inactivity.

“This wrong impression is being created to suggest that members of the caretaker committee have ulterior motives other than resolving the challenges of the party this is a very unfair and wayward allegation.

“The caretaker committee is certainly competent and will be able to overcome all these distractive allegations aimed at bullying them to simply organise a national convention that can at best, produce surrogate leaders with hardly any verifiable membership register,” he said.

He added that once NEC was able to consider its report and took the necessary decisions “those political merchants of crisis would need to find new handle for their dastardly campaigns.”

The committee which has six months tenure is expected to reconcile aggrieved APC members in some of its state chapters with disputes and organise a national convention to usher in a new NWC.