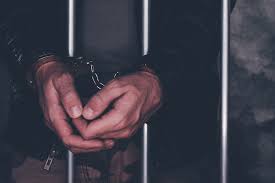 The convict was arraigned by the National Agency for the Prohibition of Trafficking in Persons (NAPTIP), on a count charge of attempted trafficking.

The trial judge, Justice Obiora Egwuatu, said the court found the suspect guilty as charged, and sentenced him to 30 months in Correctional Centre without option of fine.

Earlier, the Prosecution Counsel, Mr Abdullahi Babale, told the court that the convict, had on July 11, conspired with one Mr. Peter now at large at Kofar Ruwa Motor Park, Kano with the intention to obtain financial benefit.

“The duo attempted to traffic a 23-year-old woman, Eze Blessing of Ogun State, to Libya enroute Kano, Katsina and Niger Republic in which they are not permanent residents.”

According to the prosecution, the offence contravenes Section 29 of the Trafficking in Persons Prohibition Act 2015 and punishable under Section 26 (1) of the same Act.

The convict, a resident of Abeokuta Road Sabon Gari, Kano, pleaded guilty to the charge.