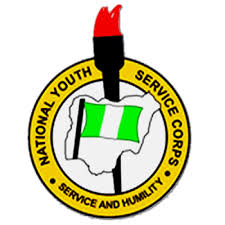 The Akwa Ibom Coordinator of the National Youth Service Corps (NYSC), Mr Julius Amusan has charged the 2019 Batch C Stream 1 corps members to be self reliant and remain patriotic in their future endeavours.

It was reported that the corps members who rounded off the compulsory one year service on Thursday, were asked by the NYSC to collect their discharge certificates from their different Local Government Areas.

Amusan told Newsmen in Uyo on Thursday that there was no ceremony to mark the passing out due to the coronavirus pandemic.

The coordinator urged the corps members to put to use the skills acquired on the various vocations and the Entrepreneurship Development (SAED) to develop them and be self reliant.

He reminded the corps members to be patriotic and strengthen the unity of the country through their conduct and utterances.

“Life after service may not have presented a rosy picture, especially in this global pandemic and dire unemployment, but the courage and resilience the corps members will put into it matters a lot.

“The various skills you have been exposed to in the last one year would serve as a launching pad to overcoming immediate challenges as you go into the labour market,’’ he said.

Amusan, however, noted that while most of the corps members were of exemplary conduct, few of them failed to live up to expectations.

According to him, out of the 2, 282 corps members who passed out, eight of them will have their service year extended for between one and four months for misconduct.

The coordinator expressed regret that during the service year, the scheme lost three corps members.

He commended the corps members that exhibited exemplary behaviour, adding that they conducted themselves within the ambit of the law and lived up to the ideals of the scheme.

The coordinator said that some of the corps members were able to impact their communities positively during their primary assignment.

Amusan thanked the state government, traditional rulers and security agencies in the state for ensuring the safety of corps members posted to the state.

He appealed for more of such collaborations, adding that residents should always see corps members as partners, who were in the state to serve their father land.