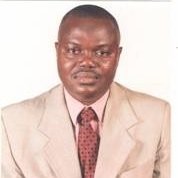 Civil Servants have been cautioned against divulging government information without due clearance or approval of the constituted authorities, as information management should be taken with all seriousness in Ministries, Departments and Agencies.

The Permanent Secretary, Ministry of Local Government and Chieftaincy Affairs, Mr. Kolawole Fagbohun made this known at Oke-Mosan, Abeokuta, during a meeting with the staffers of the agency, regarding the acts as misconduct and punishable under the Civil Service rules and regulations.

Fagbohun said the Ministry had been considered one of the sensitive agencies of government, saying “materials at your disposal should be guided accordingly, as information management is the duty of all staff.”

While charging the staffers to be trustworthy, conscientious and uphold the tenets of Public Service, he added that “where there is trust, there will be mutual relationship, where everyone will be able to carry out their duties without fear or favour,” enjoining them to be unbiased and non-partisan.

In his remark, the Director, Chieftaincy Affairs, Mr. Oyetunde Adesanya called on the members of staff, to work together as a family to surmount any problem that might arise in the course of carrying out their official assignments and ensure they protect the image of the Ministry at all times.