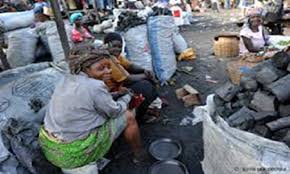 Charcoal dealers in Enugu metropolis on Fridaylamented the low patronage of the commodity because of the cheap price and availability of cooking gas in the state.

Some of the sellers told NEWSMEN in Enugu that their businesses had been paralysed for some time, since cooking gas became available in the state.

Newsmen reports that the residents now preferred going for cooking gas due to its cheap price and availability.

A bag of charcoal presently costs between N2, 800 and N3, 200 depending on the quality.

Mrs Joy Nnadi, a charcoal seller in Uwani, said that charcoal business was gradually collapsing because the demand was not as high as it was some months ago.

Miss Ify Aniadu, also a charcoal seller, said that people hardly come to buy the fuel nowadays because they now preferred cooking with kerosene or electric stoves and gas.

Another trader at Garki Market, Mrs Mary Ozoemena, said it was now difficult for her to sell up to six bags of charcoal a week as only few customers patronised her.

Ozoemena added that before now, she used to sell 10 to 12 bags of charcoal in a week but not as at present.

A civil servant, Mrs Uju Orjiako, expressed happiness with the availability of cooking gas as it was the nearest and cheapest means of energy for cooking.