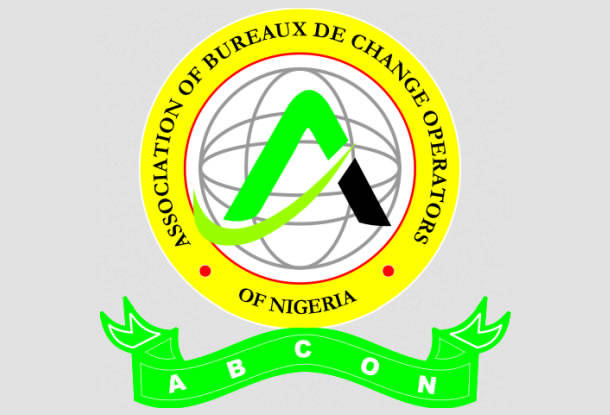 The Association of Bureaux De Change Operators of Nigeria (ABCON) has sent strong warning to foreign exchange speculators pushing the naira to forceful depreciation through their illegal activities.

Speaking to financial journalists on market development, ABCON President, Alhaji (Dr.) Aminu Gwadabe, said forex speculators are taking huge risks with their funds, as the Central Bank of Nigeria (CBN) has enough financial muscle to defend the naira and close the widening gaps between official and parallel market rates.

The naira has the in last few days depreciated to N480 to dollar in the parallel market but has remained stable at N379 to dollar at the official CBN rate.

According to Gwadabe, with nearly $36 billion foreign reserves, the CBN has what it takes to punish the enemies of the economy forcing the naira  to depreciate through speculative activities.

He said the CBN Governor, Godwin Emefiele has continued to take the right steps to achieve exchange rate stability and ensure that foreign exchange is made available to manufacturers and end users who need the funds for their medical trips, school fees payment, travel allowances among others.

According to him,  the funding of Bureaux De Change (BDCs) has also helped to deepen the forex market and reduce the level of forex scarcity that always formed the basis for speculative activities.

He said that with the CBN having the needed financial strength to fund the market, the rates will soon converge to save the naira.

He said exchange rate unification will further narrow the gap between official and parallel has been canvassed by the International Monetary Fund and the World Bank because it makes for positive transparency, it makes for clarity of direction and drastically reduces  speculative demand for the naira.

“I think that the CBN by pushing the official  foreign exchange rate from N306 to N379 to dollar is in line with market demand. It has also helped to narrow the officinal-parallel market rates gap that formed the basis of ridiculous speculations among unpatriotic forex dealers and spectators,” he said.

He said ABCON Executives will from this week begin enforcement of regulatory compliance of its members in BDC designated offices nationwide.

He said that ABCON will continue to enlighten and educate its members on the need to continue to trade within the official BDC selling rates set by the apex bank.

The ABCON boss said the beyond trading within set rules, a liquid forex market will always be a disincentive for speculative activities.

He said now is the time to deepen forex market by making BDCs agents of International Money Transfer Operators (IMTOs). He said the move would  help attract more dollars to the economy and promote more diaspora remittances.

Gwadabe said ABCON has been working with industry consultants in designing and developing a robust automation and deployment of technology that will enable BDCs fit into the IMTOs role in deepening dollar liquidity in the economy.

He warned domestic, foreign investors, companies and individuals against patronising the unofficial market, saying it was helping to overheat that market.

Gwadabe disclosed that ABCON Executive Council under his leadership will continue to promote transparency and efficient market dealings while commending the CBN Management for its progressive policies towards a stable exchange rate that aligns with its mandate of exchange rate stability.

He said the CBN has been able to create a people-centric Central Bank focused on promoting inclusive growth and reducing unemployment in the country.

Gwadabe said the BDCs remain at the centre of economic development and have the capacity to attract needed capital for the development of the Nigerian economy. He said that Nigerian BDCs, like their counterparts in other emerging or developing economies,  have what it takes to deepen the forex market and promoting global best practices.