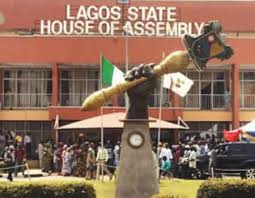 A Lagos lawmaker, Mr Okanlawon Sanni, on Monday urged the electorate and contestants in the forthcoming Lagos State bye-elections to guard against thuggery, hooliganism and violence in the electioneering process.

Sanni, representing Kosofe Constituency I in the Lagos State House of Assembly and also the Chairman, House Committee on Commerce, Cooperatives and Industry, spoke in an interview with our Correspondent in Lagos.

The lawmaker, whose state constituency falls within the Lagos East Senatorial District where the two bye-elections would hold on Oct. 31, said that all stakeholders must jettison all short cuts.

“My candid advice to the electorate is to play by the rules. Nobody should introduce thuggery and hooliganism into this electioneering process. We should play by the rules, let us be civil.

“This is the campaign period, it behooves on every contestants to dish out programmes to the people and ensure a robust campaign that is issues based and rancor free.

“So, voters should play by the rules, no short cut this time around,” Sanni said.

He said that the alleged plan by the main opposition party to mobilise and bombard the state for the Lagos East bye-election should not turn out to be an attempt to bring in thugs.

“INEC should play by the rules also; nobody should bring in short cut into this game,” the lawmaker said.

He, however, said that the government of the day and the Police were up to the task to bring sanity in the electioneering space and ensure that there was peace and orderliness for a free and fair election.

It would be recalled that 12 political parties and their candidates will be contesting in the Lagos East Senatorial bye-election while eight will be participating in Kosofe State Constituency II, Lagos State House of Assembly bye-election.

The bye-elections became imperative following the vacancies created by the demise of occupants who were both members of APC in the state.

Lekki massacre:  The onus is on you… PDP tells Buhari