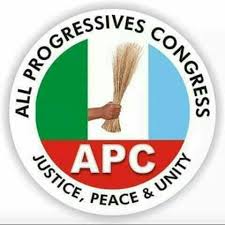 The Chairman of the committee, Gov. Mai Mala Buni, said on Thursday in Abuja that the delivery of the materials was the beginning of the efforts at repositioning APC as a viable, consistent, cohesive and coordinated political party in the country.

“We just took delivery of the first consignment of the registration materials.

“The membership registration will commence soon and we have more than 119,973 polling units across the country,” he said.

Buni, who is also the governor of Kebbi, added that the consignment came with personal information slips, stressing that the date for the commencement of the exercise would be made known in due time.

“We are going to register, revalidate and update our existing membership register across the country,” Buni added.

It was reported that the committee had earlier appealed to aggrieved members of the party to halt all litigations in the spirit of true reconciliation.

The committee had expressed optimism that the affected parties would fully comply with the appeal in the true spirit of peace and reconciliation.

NAN further reports that the APC caretaker and extraordinary convention planning committee was inaugurated on June 25 to reconcile aggrieved members of the party.

The committee, with six months life span, is also expected to plan a national convention for the election of members of the party’s National Working Committee (NWC).