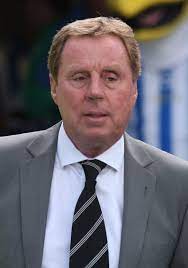 Redknapp said Silva read the game so well, adding that his one-versus-one defence against the likes of Darwin Nunez was fantastic.

Silva has proven to be a revelation for Graham Potter’s side since he arrived on a free transfer from Paris Saint-Germain in the summer of 2021.

The 38-year-old has appeared in 105 games across competitions for the west London club during that time.

He put in one of his best performances this season when he helped Chelsea keep a clean sheet against Liverpool at Anfield as he made six clearances, three blocks, two interceptions, and completed 91 per cent of his 91 attempted passes.

Justifying why he included Silva in his Gameweek-21′ Team of the Week’, Redknapp wrote in his column on BetVictor: “I feel like I put this guy in my side most weeks, but what a player he is.

“That was another brilliant performance from him, he reads the game so well. There was a few times in that second half where his 1v1 defending against the likes of Nunez was fantastic.”