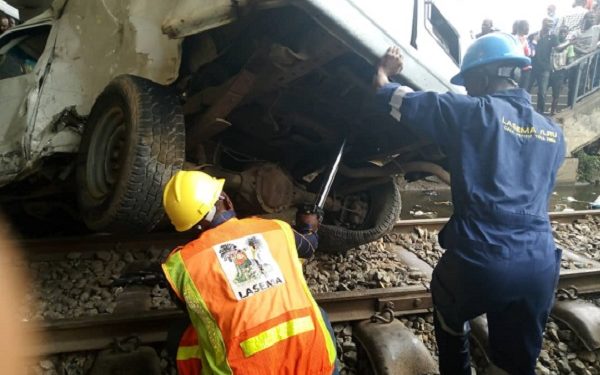 A train has collided with a bus in Oshodi, the Lagos State Traffic Management Authority (LASTMA) has announced.

It tweeted: “A train ran into a Volkswagen T4 bus at the ARENA crossing, pushing it to Oshodi U-bridge. Onlookers causing more harm than good. Men on ground, Necessary Agencies.”