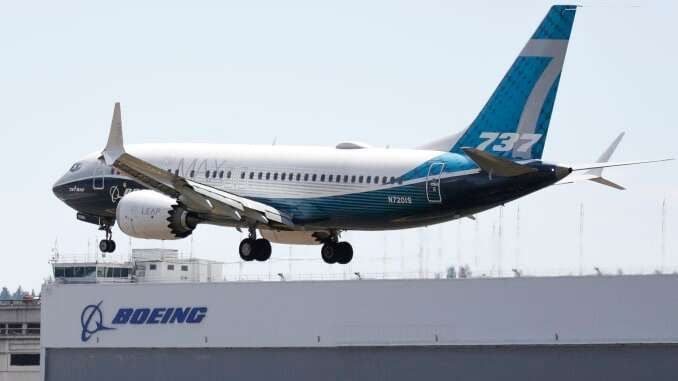 Boeing’s 737 MAX jet has gotten the  approval to fly again, 20 months after it was grounded around the world, following two deadly crashes, the U.S. Federal Aviation Administration (FAA) said on Wednesday.

However, the troubled plane will not return to the skies immediately. The aviation regulator requires the planes to first be fitted with new software for their flight control computer.

In addition, the federal regulator must approve pilot training changes and airlines must revise crew procedures and carry out maintenance to prepare the grounded planes to fly again.

The main cause of the accidents was considered to be faulty control software that directed the jets towards the ground.

Pilots were unable to overpower the automatic settings.

Critics have accused the U.S. aero plane maker of a lack of transparency and cutting corners in a rush to develop the 737 MAX.

The fallout from the accidents led to the resignation of former Chief Executive Dennis Muilenburg, a criminal probe, and Boeing’s largest financial hit in its 104-year history.

A September report by a congressional committee said the two crashes were caused by a “horrific culmination” of “repeated and serious failures” by Boeing and a poor job by the federal regulator.

The mistakes included production pressures including cost-cutting; faulty assumptions in the design of the auto-pilot; and a “culture of concealment” in which the planemaker hid crucial information from the regulator, the House Transportation Committee said in the report.

Boeing had attempted to rectify the defects quickly, but ran into numerous other problems with the jet.

The FAA said its order paving the way for the Boeing 737 MAX to return to commercial service came after a 20-month-long “comprehensive and methodical safety review process,” throughout which it cooperated closely with foreign counterparts.

FAA Administrator Steve Dickson, who is a trained pilot, “personally took the recommended pilot training and piloted the Boeing 737 MAX, so he could experience the handling of the aircraft firsthand,” the agency said.

Air safety regulators around the world grounded the troubled jet and now must make a call on lifting their bans.

Europe’s aviation authority (EASA) signaled its openness to re-certifying the plane back in October.

Sales of the jet have slumped, with Boeing reporting 448 cancelled orders so far this year.

The embattled U.S. planemaker is also strained by the corona virus crisis, which has battered the aviation industry and demands for new planes.

Boeing reported a 466-million-dollar loss in the third quarter, its fourth consecutive quarterly loss, while Chief Executive Dave Calhoun warned that the global workforce was to be slashed to 130,000 by the end of 2021.