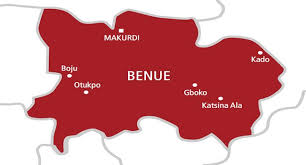 …inclusion of Persons with special needs in governance

As the three days Benue Youth Summit  convened by the Governor of Benue State Samuel Ortom come to an end, Benue State Youth have called for immediate sponsorship of a bill for a law to establish Benue State Youth Development Commission(BSYDC), away from the Ministry of Youth and Sports.

The Youth also submitted that the proposed Commission should be headed by a competent Youth not older than 35 years.

In a communique issued at the end of the summit and signed by the communique  committee chairman Irena Awunah and Secretary Peters Aondoaver Shakumeh and made available to journalists, maintained that Government should in addition keeping an eye on Agricultural sector provide Agricultural incentives, farming inputs, fertilizers, improved seedlings and encouraged mechanized farming through improvement of access to farm machinery to boost productivity.

They demanded for the formulation and implementation of a State Youth Development Policy detailing explicitly 60 percent Affirmative Action for Youths involvement in governance with 40 percent for the purpose of mentorship and the policy will be domesticated and implemented by the youth Development Commission to be established.

They called on the Government to  create an enabling infrastructural environment for businesses to thrive by constructing skills acquisition centers in all the 23 local government areas of the State and as well curb multiple and illegal taxation on Agricultural produce to encourage the grow of young starters.

They called on young people to shun laziness,  rather learn a skill or embrace Agribusiness, patience, integrity and discipline as impetus that will lift them out of poverty.

They called on Benue State Government to withdraw from the ongoing case instituted by State Governors against  Federal government, challenging local government autonomy, receive the resolutions and properly wind down the 1st Youth Parliament before constituting a new one.

They asked that the Benue State Government sponsor a bill for a law to establish Benue State Youth Trust Fund for the purpose of accessing, domesticating local and international youth activity funds  as well prioritize the dredging of River Benue for Economic activities and provide irrigational  and storage processing facilities.

Admonishing fellow youth, they said the youth should organise themselves beyond Social gatherings and entertainment and begin to see good governance as a collective process where all citizens must play their part among so many other resolutions.