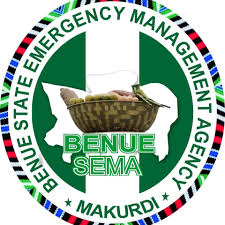 …..Describes the report as false,, baseless, mischievous and misleading

Dr. Shior also described the information as false in its entirety, baseless, mischievous and targeted at  misleading members of the public.

In a press statement signed by the Executive Secretary Benue SEMA  Dr. Emmanuel Shior and  available to Nigerian NewDirect over the weekend, explained that

Some individuals have insinuated that the Benue State Government is hoarding large quantities of the palliatives.

He further explained that on  receipt of the CACOVID food items, the Executive Governor, Samuel Ortom had directed SEMA to ensure equitable distribution of all the palliatives to the 23 local governments areas of the state, and this directive was carried out to the letter.

He listed the summary of the items received and distributed to the 23 local government areas to include;

He urged  members of  the public to disregard such misleading allegation and  note that SEMA Warehouses no longer have CACOVID palliatives after the distribution while appreciating the people of the state for their sustained support to the Government.