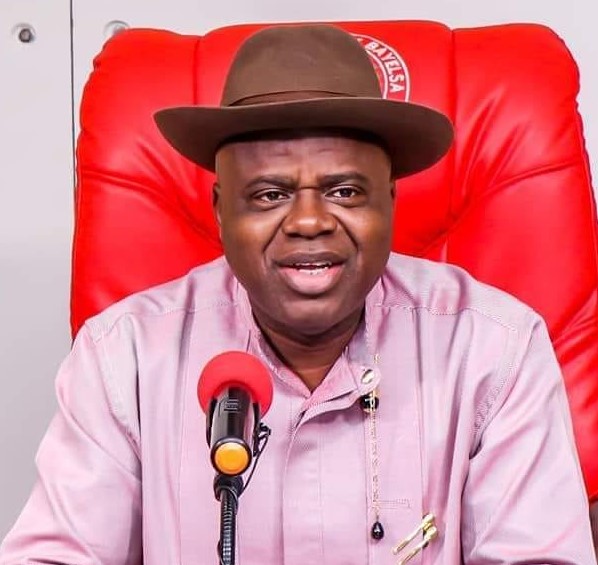 Bayelsa State Governor, Senator Douye Diri has hailed the Nigerian Army and other security agencies for their services which culminated in the successful inauguration of the prosperity administration on February 14th, 2020.

Governor Diri handed down the commendation while speaking at the formal flagg-off of the Sixth edition of Exercise Crocodile Smile at the Army Super Camp, Ema-Okenema in Ogbia Local Government Area of the state.

The Governor, who was represented by his deputy, Senator Lawrence Ewhrudjakpo particularly thanked the men and officers of the Nigerian Army for the role it played to prevent the breakdown of law and order in the state.

Senator Diri maintained that, but for the gallantry and professionalism of the Army, Bayelsa would have been thrown into chaos following the Supreme Court ruling on the 13th of February, this year.

He also expressed gratitude to security agencies for being alive to their responsibilities during the EndSars protest to forestall carnage in the state.

His words, “Your singular show of professionalism was able to nip in the bud the rascality and criminal activities that tried to rear up their ugly heads as a result of the Supreme Court decision that restored our stolen mandate on the 13th of February 2020.

“If not of your effort, we believe that the carnage that took take place in the state would have gone beyond what we saw. So, we want to thank the Nigerian Army and other security agencies for the roles you all played in the events that led to our successful swearing-in on the 14th of February.

“As we all witnessed during the ENDSARS protest, Bayelsa State was the only state in the Federation that was spared from carnage and that is because of the professionalism displayed by men and officers of the various security services.”

The Governor, however, urged the security services, particularly the Joint Task Force, Operation Delta Safe, to intensify their patrols across the land and waterways in the state to deal decisively with perpetrators of piracy, kidnapping and other criminal activities.

He condemned in strong terms the Thursday attack on the Toru-Orua residence of the former Governor, Chief Seriake Dickson, and called on security agencies to fish out those behind the dastardly act for punishment.

According to him, “We want you to increase your patrols both on our land and waterways to deal with criminal elements who still carry out piracy, armed robbery, kidnapping and other crimes.

“Just last (Thursday) night, the residence of the immediate past Governor of the state was attacked and we painfully lost a policeman in that incident. That clearly shows we are not yet at Calvary. We strongly condemn the attack and call on the security to fish out the perpetrators and bring them to book.

“But we believe that this Exercise will help to uproot and root out the remains of all the criminals, be they cultists, armed robbers, kidnappers and pipeline vandals in our state.”

Earlier in his remarks, the General Officer Commanding 6 Division, Major Gen. Olu Irefin, said the sixth edition of Exercise Crocodile Smile was flagged off across the country at the behest of the Chief of Army Staff, Lieutenant General Tukur Buratai, to enhance the operational capability of army personnel.

Major General Irefin noted that the Exercise, which is expected to end on 31st December this year, is targeted at curtailing prevailing security threats such as cultism, illegal oil bunkering, pipeline vandalism and other crimes in the state.

He pledged the Nigerian Army readiness to cooperate with other security agencies and uphold professional ethics as well as standard rules of engagement for internal security operations.Bayelsa Govt Salutes Nigerian Army Over Securit As Diri Flaggs Off Operation Crocodile Smile.