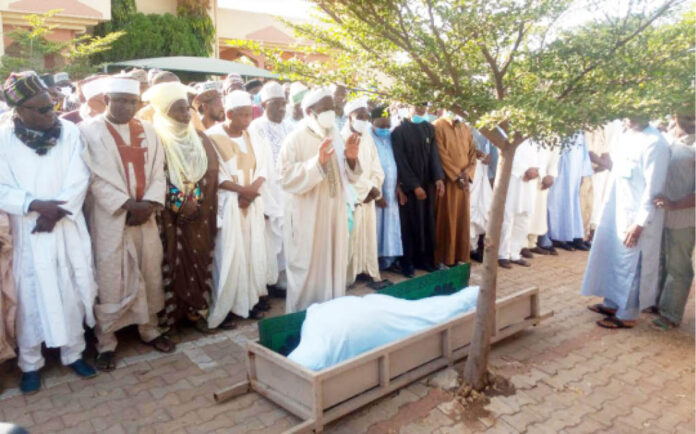 Balarabe Musa, has been been buried in his home town Kaduna

The second Republic Governor of Kaduna State, has been laid to rest in Kaduna.

The burial was preceded by a funeral prayer led by Sheikh Ahmed Gumi, at Sultan Bello Central Mosque, KadunaThe Sultan Bello Mosque open ground was filled with people from within and outside the Kaduna metropolis who came to pay their last respect to the one who has been described as the defender and voice of the masses.

The funeral prayer conducted immediately after the Asri (early evening prayer), was also attended by two former Governors, Ahmed Mohammed Makarfi and Mukhtar Ramalan Yero, while the incumbent Governor Nasir El-Rufai who was said to have travelled out of the country, was represented by the Secretary to the State Government (SSG), Balarabe Abbas Lawal.