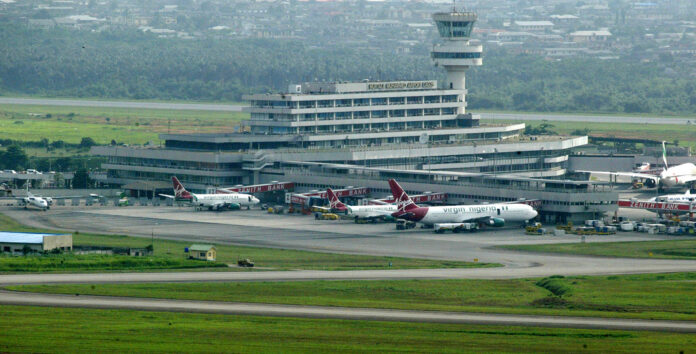 The civil aviation industry plays a key role in the upstream and downstream sectors of the global economy.

It reduces the cost of trade and facilitates tourism and the smooth operations of supply chains across continents. Aside from its role in fostering the flow of goods, people, capital, technology and ideas, the airline industry is also praised for its complementarity and substitutability with other forms of transportation, thereby promoting integration and rapid development on a planetary scale.

There’s a consensus of ideas that  developing countries acknowledge the need to exploit the enormous opportunities that the airline industry offers.

Nigeria’s case study is quite different as it’s been marred  by a series of irregularities in recent times.

In the last three and half years, the Nigeria Aviation industry was prone to inconsistent policies as manifest  the proposed concession of  International airport, Aviation and Aerospace University and more recently the flagrant violation of the Public Procurement Act.

Of particular note is the alleged Violation of the Public Procurement Act in respect of the award of contrast to Janitorial and Cleaning services, which essentially falls within the purview of the Federal Airport Authority (FAAN). But in the light of the high handedness the ministry has chosen to eclipse the functions of the FAAN by bringing in  familiar men and allies into the industry, albeit without corresponding capacity.

Some Officials even went ahead, may be through connivance to assert that a no objection gesture, whereas, no advertisement in such regards was placed. Then one begins to question  if they really   understood the provisions of the Public Procurement Act (14)  2007.

Explicitly, “Certificate of No Objection” means the document evidencing and authenticating that due process and the letters of this Act have been followed in the conduct of a procurement proceeding and allowing for the procuring entity to enter into contract or effect payments to contractors or suppliers from the Treasury.”

How  do one explain a situation where some set of contractors have a pending contract, where not disengaged and others were allegedly brought in for the execution of the same task.

Aside flagrant abuse of Act, which carries consequences, another silent question of concern is the insecurity that these may pose to the nation at large. For instance, one of the subtle ways through which insecurity may surface is through domestic workers, who are not only susceptible to such, but more dangerously open to it if such are not security profiled. This may appear simple, but painstaking care as to observe to avert such.

Globally, the standard  to awarding contracts includes “security profiles, competent contractors, but in the Nigeria case, it seems the power from above is taking its toll as usual. However, if we are serious enough as a people, We must realize that, it is time to put the round peg, in the round hole, by ensuring Security Consciousness, National development and prosperity is sacrificed on the altar of political affiliations, supposed nepotism and self- aggrandizement.”

In less than two years for this administration to find up, what should we expect of the ministry concession plans? The proposed University of Aviation and Aerospace, the National Carrier? Or should we expect “the miracle like the Israelite did in the wilderness” while I will not want sound pessimistic, I tends to think that if the past seven years had been the way it is, the less than two years remaining may not be sufficient to address all the proposed project, may be elephant project as it is.

If this is true? It’s therefore necessary that instead of making things fall apart, and center seizing to hold like the renowned Achebe hypothesize. It is better the ministry undertake a reformation overture and reposition the industry to function effectively. Further interference such as non- appointments of the Board of Directors for over three and half years and the practical eclipse of several regulatory agencies may further cripple the industry.