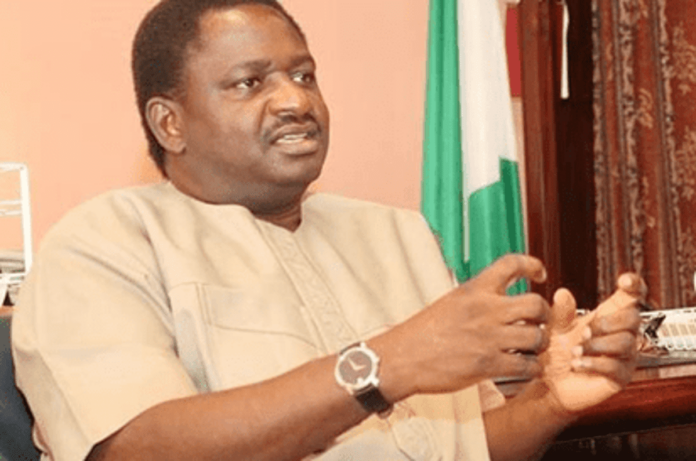 Diverse developments in our country often bring to mind lyrics of the song ‘God Moves in a Mysterious Way,’ by William Cowper. The lines go thus: “Behind a frowning providence, He hides a smiling face. His purposes will ripen fast, unfolding every hour.”

If we are not discerning enough, the tendency is quite strong to think that all that is happening in Nigeria is evil, evil and more evil. Killings by insurgents, bandits, and assassins. Violent protests leading to loss of lives and wanton destruction. Kidnappings for ransom. Mayhems and murders. Sorrow, tears and blood (dem regular trademark, as Fela Anikulapo-Kuti sang).

Yes, all these negative things happen, and you would think all that God does now is to frown at us as Nigerians. He frowns, quite alright, but “behind a frowning providence, He hides a smiling face.” His purposes will ripen fast, unfolding every hour.

Last week and this week, two developments occurred that lend credence to the fact that Nigeria is not just what the poet, Geoffrey Chaucer, calls “a thoroughfare of woes.” Good things are happening in the country, and if we are not discerning enough, they will pass us by, and we will just sit at the complaint counter, bemoaning our woes.

Let me make it clear at this point. It is the duty of government to secure lives and property of the citizenry. Even our Constitution says so. But challenges do come, as we currently have in the country. And every honest effort is being made to tackle the challenges. But does governance stop? No.

This week, precisely on Tuesday, the President unveiled the National Gas Expansion Programme (NGEP), which is to launch the country into usage of compressed natural gas (CNG) to power automobiles, and reduce dependence on petrol. CNG is by far a cheaper option, and to start off, at least one million vehicle users will be assisted to convert.

The two developments have not gained much traction on social media, because they are almost crowded out by sad news of slaughter of rice farmers in Borno State, whose only crime was that they sought honest living through agriculture. Dolorous and despicable. May their souls Rest In Peace. Amen.

President Buhari must perhaps have the most unenviable job in the country, if not in the world. He must secure the country, and also manage it efficiently. Whether oil prices collapse or not in the international market, salaries must be paid, and infrastructure works must continue. If COVID-19 pushes the economy into recession or not, life must continue merrily. Whether the man sleeps at night or not for worry, the country must run, and run well. He asked for the job, didn’t he? And he ran for office four times, before he got the coveted position.

Amidst the ravening clouds which seem to hang over Nigeria, President Buhari is making conquests. And it pays us to see our cups as half-filled, rather than half-empty. Despite all the challenges, good things are still happening in our country. The modular refinery is one, the gas expansion program is another.

Have you seen the piece making the rounds in recent days on digital media? It is credited to Mr Babs Omotowa, former CEO of Nigeria Liquefied Natural Gas (NLNG), now a Vice President with Shell International. The title is Glass Half Empty or Half Full-Nigeria.

Omotowa posits that many Nigerians discuss issues that pertain to the country with a non-positive disposition (glass half empty), as if the country is veering towards doomsday.

He takes cursory looks at seemingly negative developments in the country, brings out the silver lining in them, and what government is doing to reverse the position. Importing fuel from Niger Republic. Rail line from Nigeria to the same Niger Republic. Lack of 24 hours electricity. Corruption in government. Insecurity everywhere. Unemployment and poverty. Nigeria going through another recession. He then submits that we should begin to look at things from the positive, rather than negative perspectives.

He charges Nigerians to focus their minds on positive things like telephony, where we have moved from 0.5% population phone penetration in the 1990s to 90% today.

Electronic banking, he says, has now become a norm, fuel queues have disappeared, accountability has improved in government, and many others.

Omotowa concludes: “Make no mistake. I am not saying Nigeria is where it needs to be. Far from it. However, considering where we are coming from, we should put in context progress made and ongoing in our discourse.

“The glass half empty bias drives negative energy and distracts from the important discussions.”

What a piece, intended to generate positive energy in Nigerians. Today, you hear negative energy from everywhere: churches, mosques, offices, media, homes, in markets, indeed, in all traffic lanes of life. If only we can see our cups as half-filled, instead of half-empty.

Licenses were first given for modular refineries in the country in 2005. For 15 years, none came on stream, till the Buhari Administration enunciated new policy directions in 2018. Today, the result is evident. The first modular refinery has taken off, with many more lined up to join the fray. With that, importation of petrol will soon become a thing of the past. Who made it happen? The man from Daura, a Fulani.

The autogas scheme will create a minimum of two million jobs, according to Minister of State for Petroleum, Timipre Sylva, who added that it was the beginning of a new era in the oil and gas industry. We will now have gas based industrialization for economic diversification, as there’s now global shift from crude oil to gas. Gas is now the new fuel.

Nigeria now joins other countries using gas to power vehicles and other engines. The energy is cleaner, friendlier to the environment. Such countries include Egypt, India, Morocco, France, Australia, USA, and others, who have been using CNG for years. And we got there under the man from Daura, a Fulani.

Lest we forget. Roads and bridges are being built. Rails and airports too. Trains are running, and more will still run. Many sectors are receiving positive attention, all from a Fulani man. The man is sure making conquests for Nigeria, steadily, steadfastly, surely.

The political dimension of the naira redesign