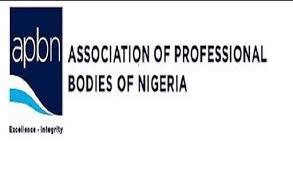 Mr Olumuyiwa Ajibola, the National President Association of Professional Bodies of Nigeria (APBN), has called on the government to develop alternative sources of financing infrastructure to boost the nation’s economy.

Ajibola made the call at the professional colloquium of APBN, Oyo State chapter in Ibadan on Wednesday, observing that looking inward and offering homemade solutions would work for the development of infrastructure.

“It is important that the government must take a holistic look at everything that it does.

“There are other methods of procurement apart from the budget. We cannot throw money at everything.

“The private sector participants will source for the money, they will construct projects and there may be some tolling or some other methodology to recover the money,” he said.

He further stated that another option “is by relaxing procurement ties with loans from various countries.

“In infrastructure construction a lot of people got jobs because the projects are backed up by policies that Nigerians should be in charge of execution,” he said.

In his presentation at the event, Mr Adetunji Adepeju, Chief Executive Officer Projeklink Konsult Ltd., Ibadan, said that in addressing the challenges in Oyo State on development, government had a lot to do in getting things right.

Adepeju noted that there was the need for reorientation of mindsets of individuals to further complement government’s efforts.

“We as a nation are in very deep problems of food security arising from climate change and COVID-19 pandemic as well as other factors.

“People are the main resources of a nation and of course the state, the people have to be put in the right perspective, their knowledge, their skills, they have to be well positioned to do that which is right,” he said.

Adepeju stated that agriculture as a model must be well harnessed as there are resources required for food production in abundance in the country.

He noted that secondary production must be included to transform the fortune of the economy.

“Youths must be taken out of the streets, they should be encouraged and provided with the withwithal to engage in agriculture and the government must be ready to buy the products of them as inputs for secondary production which is the value addition.

“We need to reduce food wastage by going into value addition of agricultural products.

“The adults from the civil servants also have the chance to take some time to farm to prepare themselves for the post-service year,” he suggested.

He urged the government to provide for senior civil servants by taking them through skills acquisition five years before their retirement.

“These top class senior civil servants can be eased out smoothly. Encourage them to start one trade or the other and give them all their entitlements and encourage them on whatever trade they want to do.

“While the government brings in the younger one and that will help to reduce unemployment rates,” he said.

In his address, Dr Babatunde Olatunji, the Oyo State Chairman of APBN, said that the association came together to organise a forum that would help the government in navigating a direction of development in the state and by extension, the nation.

“We believe that no nation can grow without meaningful contributions from the bodies of professionals that are within that country; that is what informed this programme

“I hope this professional colloquium would be enshrined as a yearly event whereby all professional bodies will come together to discuss topical issues,” Olatunji said.

Gymnastics: Getting back to fitness a challenge since COVID-19- Ocheke

Heritage Bank, others canvass use of tech to rescind effects of COVID-19, tackle fraud