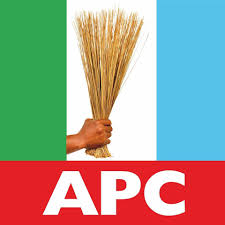 The ruling All Progressives Congress, (APC) have commended President Muhammadu Buhari for transmitting the Petroleum Industry Bill, (PIB) to the National Assembly.

In a statement made available to Nigerian NewsDirect on Monday by APC’s National Publicity Secretary, Yekini Nabena, he lauded the Federal Government for reaching agreement on the scheduled nationwide strike by the Organized Labour.

The Party welcomed President Buhari’s transmission of the much-awaited Petroleum Industry Bill 2020 to the National Assembly. No doubt, the PIB will provide necessary legal framework to the long-sought reforms and ongoing deregulation of the petroleum sector in the country.

The bill seeks to establish the Nigerian Upstream Regulatory Commission and the Downstream Petroleum Regulatory Authority.

According to Section 54 (1) of the bill  the  Nigerian National Petroleum Company Limited will be transferred to NNPC Limited or its subsidiaries  after all the assets and liabilities of the NNPC have been identified by the ministers of petroleum resources and finance.

Recall that  Nigeria Labour Congress (NLC) and the Trade Union Congress (TUC)  called for a national strike following the increment in the price of petrol and electricity in the country.

Nabena said the federal government in temporarily suspending the application of the cost-reflective electricity tariff adjustments by DISCOs to allow for an all-inclusive and independent review of the power sector operations is evident of government’s pro-people stance.

He said, this positive development is inline with the proven pro-people stance of the President Muhammadu Buhari-led APC administration which has always put the welfare and interest of the masses first in policy decisions and implementation. Indeed, the shelved strike is a victory for the Nigerian masses.

APC also called on, Nigerians and stakeholders to cooperate, partner and monitor the implementation these commitments and agreements reached by the federal government and organised Labour.