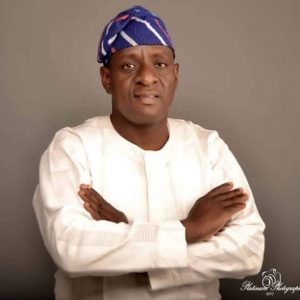 Some residents of Apapa community have decried the arbitrary Television (TV) and Radio taxes imposed on them by their local government authorities.

They called on the council’s authorities to enlighten the residents about such taxes before serving such bills.

One of them, Mr Isaac Ighure, on Wednesday told newsmen in Lagos that the taxes imposed by the local government were too exorbitant.

Ighure, who is a retiree, said that majority of the residents were not properly enlightened about the taxes.

“Residents should be well enlightened before they are taxed for radio and television.

“And how does the council know I have such electronics at home? What if I do not watch television or listen to radio? The billings are just based on presumptions.

“Also the taxes are being imposed at an inappropriate time, when a lot of people are complaining out there for lack of money.

Mr Gabriel Madusaid that residents were not briefed about the taxes.

“The tax is not encouraging; we are paying our income tax, vehicle tax, now television and radio tax is being imposed. It is getting too much on the residents.

“Government should not be duplicating or embark on multiple taxation of the people because it’s killing,” Madu said.

Madu suggested that the N45, 000 Radio and TV tax brought by the local government should be reduced to the barest amount that people could afford.

He said that the tax must be reasonable to encourage the residents to pay with ease.

Cannon Bimbo Aduroja, the Chaplain, Saint Andrews Church, Apapa GRA, tasked the council to make necessary clarifications before billing the houses with such amount of money.

“Our own taxes are deducted from the local government headquarters, but government should ensure it ascertains the property properly before issuing taxes of such nature to the residents,” Aduroja said.

Aduroja, however, advised the council to reduce the taxes in such a way it would be convenient for residents to pay.

Mrs Teju Salako said that people should be well informed before they are billed.

Salako said that the council billed the houses based on the physical features around it which was not an ideal method.

According to her, appearances at times can be deceptive; some houses are beautiful outside but inside of it can be empty.

“Paying such amount of taxes in those properties can be so difficult because such houses may just be occupied by security personnel.

“We urge the council to review the rate downward and intensify public enlightenment concerning the taxes to prepare the residents’ minds towards it,” she said.

Mr Owolabi Adele, the Chairman, Apapa Local Government, in his reaction, said that all the levies and taxes collected by the council were legitimate.

According to him, both Television and Radio taxes collected from the residents are done according to law.

“Payment of tax is a civic responsibility that must be done by every citizen and we have even reduced the tax this time around.

The council boss added that many of the houses in the area were not complying with the payment of the taxes.

He said that many of them would pretend as if they know nothing about the tax when served with the bill, until it accumulated for three to six months while some accumulate for a year or two.

Adele said that paying N30,000 in Apapa per annum for such taxes was not too much for a rented mansion worth N2 million to N3 million per year.

“We find it difficult to assess these houses and that’s why we developed another means of distributing the bills by pasting it on resident’s wall.

“The council needs the cooperation of everybody in the community to follow the procedure; local government is not above the law, likewise individuals are not also above the law.

“We should perform our civic responsibility without being forced to ensure the government dishes out dividends of democracy to the people,” he said.