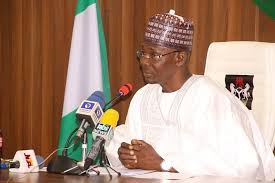 Gov. Abdullahi Sule of Nasarawa State on Tuesday said that the remaining operatives of the Federal Road Safety Corps (FRSC) allegedly kidnapped by suspected bandits had been freed.

Sule said this when he received the Market Enterprise Development Advisor, Fatima Buhari, in Lafia.

Newsmen reports that three out of the 26 operatives recently kidnapped along Maraban-Udege in the state had earlier been rescued.

Sule commended the Commissioner of Police in the state, Mr Bola Longe, other security agencies and all those who worked hard to free the remaining operatives of the FRSC.

“I am happy to announce that all the 26 members of the FRSC that were recently kidnapped were released yesterday (Monday).

“I want to thank all the security agencies and all those who worked very hard to ensure that we achieved that feat.

“I want to thank them for all the efforts they are making in order to ensure that Nasarawa State remains safe,’’ he said.

Newsmen reports that the 26 officers were travelling for training at the FRSC’s Academy at Udi in Enugu State when they were abducted by suspected bandits.