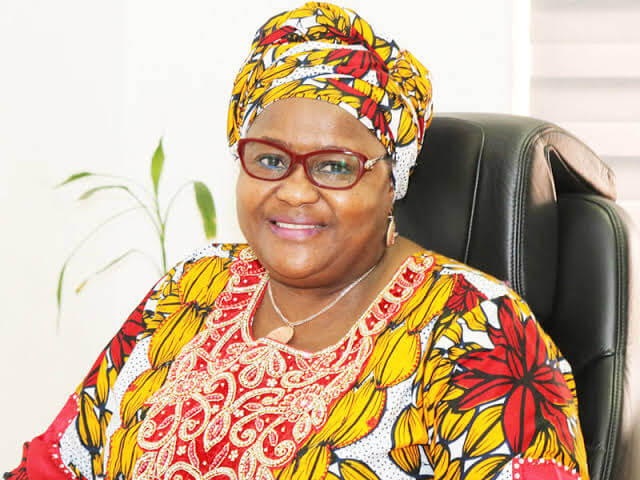 Prior to the inception of the National Pension Commission (Pencom) in 2014, retirees across Federal Ministries Departments and Agencies (MDAs) had suffered a lot of bureacratic bottleneck in accessing their retirement benefits among other incentives by different governments.

The birthed of the Commission has brought respite to these ordeals encountered by retirees and families of the deceased while processing their entitlements as captured by the Pension Reform Act (PRA) 2014 and later PRA 2014  of the Contributory Pension Scheme (CPS).

Several leadership tenures have contributed to the transformation agenda of the Commission but the appointment of Hajia Aisha Dahir-Umar, who is witty and exceptional in all human endeavour as th DG of Pencom, cannot be easily swayed away without being putative that President Muhammadu Buhari has justified the vison behind the establishment of the organisation.

Her ardent contributions to the development of the pension sector made her to become the brainpower behind modern pension system in terms of regulations, managerial skills and repositioning the collective contributory scheme, thereby being accorded as the redeemer of the Commission.

In piloting the affairs of the Commission, she has implemented series of reforms to the pension industry, thereby boosting the value of Nigeria’s Pension Fund Assets globally.

The Commission has brought the informal sector into the Contributory Pension Scheme and launched the Micro Pension Plan (MPP) in March 2019. The MPP is a financial arrangement for pension services for self-employed persons and persons working in organisations with less than three employees. This gesture has enlarge the coast capturing more people into the scheme.

The Pencom DG has ensured that the Multi-fund structure for retirement savings accounts was implemented to align a contributor’s risk tolerance or appetite with his or her investment return expectations, based on work life cycle. The Commission each year conducts verification and enrolment exercise to obtain data and determine the accrued rights of federal government employees of the Treasury Funded MDA’s who will retire the following year to ease the access to their entitlements.

During her presentation on the industry’s 2021 report, she directed all the Pension Fund Administrators (PFAs) and the PFCs to resolve issues of all outstanding contributions.

She stated, that: “A notable outcome of the 2021 review of Licenced Pension Fund Operators records was the un-credited pension contributions domiciled in the Contribution Reconciliation Accounts of PFAs totalling N73.97bn.

“This amount represented contributions remitted by employers to the Pension Fund Custodians, but yet to be credited into the employees’ Retirement Savings Accounts due to the submission of incomplete or inaccurate schedules by employers.

“The Commission has given a six months timeline to the PFAs and PFC to follow up with the respective employers and ensure that the funds are appropriately transferred to the employees’ RSAs. Another notable outcome of the review was the uncredited contribution domiciled in the Transition Contributors Fund of PFAs totalling N19.52bn.

“The TCF account was created to keep pension funds of employees that failed to open RSAs in line with Section 4.1.1 of the guidelines for Transitional Contributions Fund.

“The commission had equally mandated the PFAs to ensure resolution of all outstanding contributions in the TCF and forward monthly status reports.”

In ensuring an efficient service Dahir-Umar had emphasised that the industry remained focused on the resolution of the challenges of outstanding pension liabilities of the Federal Government under the CPS, expansion of coverage of the CPS to the informal sector and the sub-national governments and the diversification of pension fund investment.

Other focus areas included the drive to improve the quality of customer service delivery, enhancement of operational capacity of the regulator and operators’ workforce and the reinvigoration of the Commission’s public enlightenment and education initiatives.

“The Commission continued to regulate and supervise the Nigerian pension industry in a transparent and consultative manner through the instrumentality of on-site/special examinations, as well as off-site surveillance and analysis of all Pension Fund Operators.

“Specifically, the Commission monitored the activities of the Pension Fund Operators and conducted routine inspection of States’ Pension Bureaux to ascertain the level of implementation of the CPS, as well as the administration of the Defined Benefits Schemes in the states and the FCT.”

Regarding compliance and enforcement activities, she noted that the Commission continued to deploy various administrative and legal means to ensure that public and private sector institutions complied substantially with the provisions of the PRA 2014.

The revised regulation has clarified that retirees shall be allowed to access additional lump sum after the payment of an initial lump sum provided that there are additional inflows of funds into the RSA from the employers. However, the additional remittances shall first be applied to augment pension up to 50 per cent of the retiree’s final salary while the balance may be paid out as lump sum. Where the retiree’s pension is already up to 50 per cent of final salary, the retiree may choose to collect the entire additional remittances as a lump sum. Where the additional inflow into the RSA of a retiree on Retiree Life Annuity (RLA) is not up to N100,000 the amount shall be paid directly into the retiree’s bank account, subject to the Commission’s approval.

The DG in her unwearying effort has attracted several distinctive awards from Civil Society Organisations, Corporate bodies among others. Notable among them are Pro-democracy and anti-corruption group, Citizens Watch Advocacy Initiative (CWAI) which had bestowed the award of ‘The Most Outstanding and Distinguished Director-General of the Decade in Nigeria’ in 2022’.