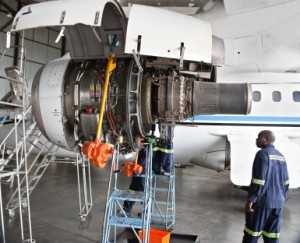 Following the effect of the pandemic on most aircraft members who have been sacked, the aircraft engineers under the body of the National Association of Aircraft Engineers (NAAE), have lamented over the shortage of manpower across the nation’s airports.

The engineers also lamented the lack of operational vehicles in its stations to effectively carry out smooth operations.

However, from the statement attributed to National President of NAAE, Ishaya Dung, Nigerian NewsDirect gathered that the lack of personnel has greatly affected the performance of Engineers in meeting up with their statutory obligations.

According to him, the responsibilities performed lies on the shoulders of fewer engineers as a result of lack of adequate training.

Thus, he noted that as a result of the shortage of engineers, some of them travel from Lagos to Port Harcourt and other airports when issues arise to address some challenges that surpassed the engineers on ground.

Dung who said apart from the above challenges, the management of the Nigeria Airspace Management Agency has improved on the communication equipment across the country.

He said, “We have adequate navigation surveillance coverage within the Nigerian airspace.”

Dung, however, made a call for more hands for effective coverage in the airspace, meanwhile, he revealed that Nigeria Airspace Management Agency (NAMA), has 500 engineers across the airports in the country while over 150 engineers have been licensed since he came on board three years ago.