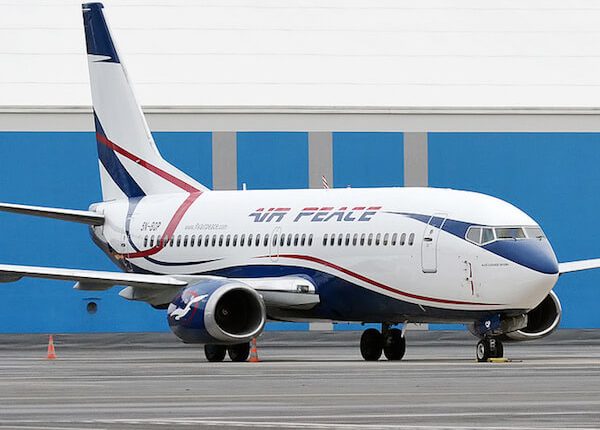 The Air Peace says it will soon begin regular commercial flight operations from its Lagos hub to Johannesburg, South Africa.

The airline Spokesperson, Mr Stanley Olisa, said in a statement in Lagos on Monday that this was in keeping with the airline’s vision to provide seamless connectivity across cities.

Olisa said the airline had made huge progress in meeting the stipulated requirements of the aviation authorities in both South Africa and Nigeria.

According to him, this is to enable it to launch flight operations into the country before the year runs out.

He said the airline had hinted that South Africa was one of the destinations, in which the Federal Government had designated Air Peace to operate, and it would operate thrice a week on Lagos-Johannesburg-Lagos route.

According to him, the airlines are reputed for its trail blazing footprints, foremost Nigerian airline and West Africa’s largest carrier.

Olisa said that South Africa has always been on the radar of Air Peace, saying that the airline was constantly reviewing its route network.

He said it was also looking at strategic ways of expanding it to provide immense value to Nigerians first, and other Africans.

The airline spokesperson added that this focussed route planning and expansion was driven by the airline’s ‘no-city-left-behind’ initiative.

“It is an ambition to interconnect various cities through the provision of safe, comfortable, and cost-effective flights,” he said.

Olisa said that apart from South Africa, Air Peace had also been designated to operate commercial flights into Mumbai, London, Guangzhou-China, Houston, with other destinations still in the works.

“We shall continue to strategically increase existing connections to give our customers more network options, while also creating more employment opportunities for Nigerians.

“Air Peace, in a historic feat, had kicked off international flight operations with United Arab Emirates in July 2019, and has consistently shown vibrancy and reliability by operating several evacuation flights to and from China.

“Others include: United Kingdom, Malaysia, Thailand, Indonesia, Israel, India and Turkey during the COVID-19 lockdown, as well as the free airlift of 503 Nigerians from South Africa, amidst the xenophobic onslaught last year.