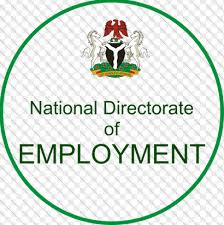 The National Directorate of Employment (NDE), on Wednesday opened a three-months training for 100 youths and women in Jigawa state.

The NDE coordinator in the state, Malam Abubakar Jamo, who made the disclosure to newsmen in Dutse, said that the participants would receive training on various agricultural practices.

Jamo said the exercise was being conducted under the directorate’s Sustainable Agricultural Development Training Scheme (SADTS) of the Rural Employment Promotion (REP) Department.

He explained that the three-months training that commenced on Sept. 10 comprised a two-week theoretical sessions and 10 weeks attachment in commercial farms across the state.

He said the trainees had already concluded the two-week theoretical training on Wednesday, Sept. 23 and would commence the practicals immediately.

According to him, the beneficiaries will undergo practical training on crop, poultry, and animal production during the 10 weeks period.

“The trainees will be attached to various well-established farms in the state in order to be trained for 10 weeks.

“It is the directorate’s hope that at the end of the exercise, the participants will be self-employed, as well as become employers of labour,” Jamo said.

He advised youths, irrespective of their gender, to enroll in the various skills acquisition programmes of the directorate to avoid being unemployed, even after graduation.

The coordinator said skills acquisition was the panacea to the country’s unemployment challenges.

“The youth need to equip themselves to be able to start and manage their own businesses.

“An NDE trained beneficiary can be employer of labour, if he manages his businesses very well.

“So, I am advising our youth in Jigawa and other states, including graduates of tertiary institutions to enroll into such programmes in order to avoid being unemployed.

“Our youth should take advantage of the presence of NDE in their respective states to acquire skills on different income-generating trades as a matter of priority,’’ Jamo said