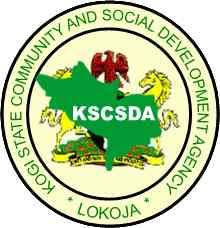 Kogi Community and Social Development Agency (CSDA), has donated reflective jackets to the Nigeria Police traffic officers, wardens and commercial motorcyclists to enhance their visibility and safety on roads.

Malam Momoh Dauda, the General Manager of the agency, presented bundles of the jackets to the police and leadership of the commercial motorcycle operators on Wednesday in Lokoja.

Dauda said that the lives of traffic policemen and wardens were constantly in danger as they discharged their duties on roads, especially the highways.

“We don’t need to convince anyone that these traffic officers are vulnerable and exposed to risks and hazards.

“In our own little way, we want to ensure their safety as they carry out this important assignment of directing traffic,” he said.

“At least with these reflective jackets, their visibility will be enhanced from afar and the risk of being knocked down will reduce.

He said that the objective of the CSDP was to reduce poverty by sustainably increasing the access of the poor and vulnerable to services for human development.

“This explains the decision of our agency to identify with the safety needs of the traffic police officers, wardens and commercial motorcycle (Okada) riders,” he said

Mr. Ede Ayuba, the Commissioner of Police in the state, thanked the state government for it’s unflinchingly support to the police command in the state.

Ayuba, represented by CSP Comfort Omole, the State Traffic Officer, commended Gov. Yahaya Bello for his support to the command in handling the #EndSARS protests in the state.

“He stood his ground and made us to be successful and we did not record any casualty,” he said.

The commissioner also thanked the management of CSDA for the donation.

“We assure you that within our powers, we will continue to do everything humanly possible to serve the state and its citizens to ensure peace,” he said.