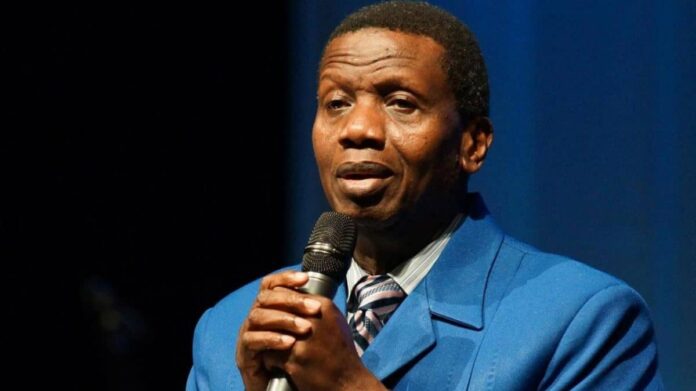 While Pastor Adeboye expressed his indignation over this unfortunate incident in a statement signed by him and circulated on his verified Facebook page, Bishop Wale Oke did the condemnation of the massacre via a 13 minutes video uploaded to Facebook.

Adeboye said these unconscionable and condemnable actions of the military risks driving the agitations of the young people underground, thereby making the situation unmanageable

Daddy G O as he is fondly called said “I condemn in the strongest possible terms, attacks launched by the Nigerian military on unarmed young people, who have been peacefully protesting police brutality over the last 12 days as #EndSARS protests.

“I am confounded that prior to the sad events at the #LekkiTollGate, the Nigerian Police failed to arrest  the weapon-bearing hoodlums who were attacking the well-organized and non-violent  #EndSARS protesters”.

The man of God also appealed to the youths to allow peace reign and stop any form of action that would give the Military any other form of excuse to attack praying that the peace of God would come upon our nation, now more than ever in JESUS name

Bishop Wale Oke while condemning this heinous acts wondered while the military paid to protect the youths who were protesting against police brutality and asking for better governance decided to mow the defenceless youths down in their prime.

The man of God said the killing of the youth had just made him a very sad prophet saying that in his over sixty years, the occurrence was strange to him and could never believed that such barbaric act could happen in Lagos, the most cosmopolitan state in the country.

Bishop Wale Oke said it was very sad that the military who has the insecurity challenges posed by Bokoharam, murderous herdsmen, kidnappers and other banditry acts to contend with could afford to leave this undone but went ahead to kill the defenceless youths who were the future of the country.

Rather than tagging killing of hundreds of these youths as fake news, the man of God said President Muammadu Buhari who is the Commander in Chief of the Armed Forces of Federal Republic of Nigeria must thoroughly investigate this terrible act and account for the number of youth killed and not just dump them in any shallow grave.