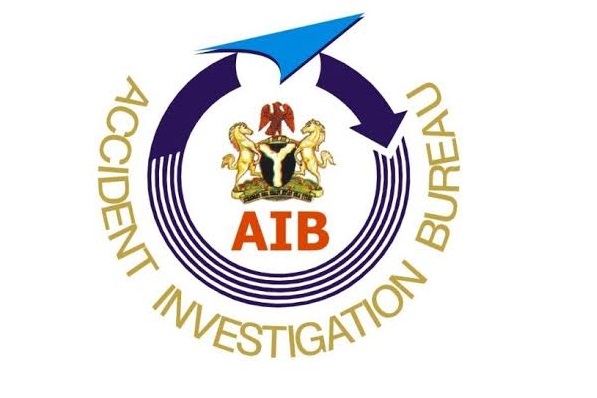 The Commissioner of the Bureau, Engr. Akin Olateru had revealed at the Accident Investigation Bureau, (AIB) headquarters on Thursday that there were three final accident and serious incident reports and two Safety Bulletins on occurrences that happened in the Nigerian airspace.

This is coming three weeks after the Bureau released four accident reports.

The three final reports released by the AIB include the report on the serious incident involving a Gulfstream G-IV aircraft owned and operated by Skybird Air Ltd with nationality and registration marks 5N-BOD which occurred at Nnamdi Azikiwe International Airport, Abuja on 12th September, 2018.

The Bureau also disclosed the report on the Serious Incident involving a Boeing 747-200 aircraft owned and operated by Kabo Air Ltd with nationality and registration marks 5N-JRM which occurred at Sultan Abubakar Airport, Sokoto (DNSO), Sokoto State on 4th October, 2013.

Also released was the report on the Serious Incident involving a B737-500 aircraft owned and operated by Aero Contractors Company of Nigeria Ltd with nationality and registration marks 5N-BLG, which occurred on Runway 18R, Murtala Muhammed International Airport, Ikeja, Lagos on 9th April, 2016.

He added that full details of these reports and all other reports AIB have issued in the past can be found on the Bureau’s official website www.aib.gov.ng and on the Mobile App, AIB Nigeria, which can be downloaded on Google Play Store and IOS.

“Safety recommendations are critical to the Bureau’s basic role of accident prevention since it is the lever used to bring about safety changes to and improvements in the nations aviation system. It is therefore expected that the stakeholders would take the AIB safety recommendations very seriously and complement AIB’s efforts by implementing the recommendations, where applicable, to prevent future recurrence of similar events,” he said.

The Commissioner who also reaffirmed his administration’s commitment to timely release of occurrence reports, declared that his administration is doing its best possible to ensure that aircraft accident and serious incidents that fall under the purview of AIB are promptly, excellently and professionally investigated by its well-seasoned aircraft accident investigators.

He, however, commended the Ministry of Aviation and the Minister of Aviation, Sen. Hadi Sirika for their relentless support for the activities of the Bureau.

Olateru, while appreciating his team of aircraft accident Investigators for their relentless effort in ensuring that aircraft occurrences are excellently investigated and final reports are promptly released, also called on agencies and organisations to recognise human training and capacity building as one of the most important means of boosting their staff performance thereby boosting their prestige and resources.

He also assured that AIB will not relent in seeking enhanced positive working relationship with other organisations and agencies in pursuit of its mandate and seek new innovative ways that would ensure the continuous Safety of the Nigerian airspace and Africa.