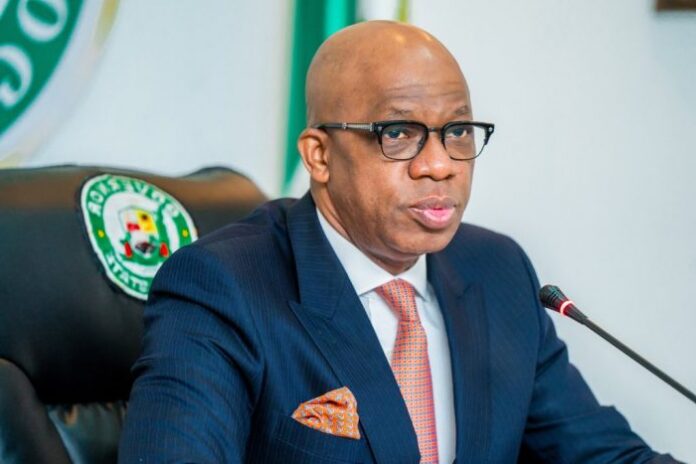 DA Acolytes 2023, a socio political group has promised a multilevel campaigns for Prince Dapo Abiodun’s second term election that would take the group to all the nooks and crannies of the State as the political campaigns officially kicked off on September 28, 2022.

The DA Acolytes, made up of different professionals led by Engineer Alexander Mazoya came into existence few months ago with the main objective of rallying supports for Gov. Dapo Abiodun second term victory come 2023.

Receiving the group at the APC Secretariat, Abeokuta, High Chief Yemi Sanusi expressed gratitude to the group for choosing to propagate the ideals of the Governor, advising them to join hands with other groups and people in order to have a coordinated team.

The party Chairman charged them to ensure they all had their Permanent Voters’ Card (PVC) because according to him, that would be the only way to fulfil the mission of securing the governor’s second term of office.

Earlier in his introduction, Engineer Mazoya said they chose to be in the vanguard of the campaign for Prince Abiodun because himself and the group believed in his leadership and are enormously impressed by his outstanding performances in housing, education, infrastructure, ICT, agriculture, culture and tourism, and particularly the construction of Cargo Airport.

The DA Acolytes convener also added that they had engaged in the campaign for the governor’s second term because they believed, if given the opportunity, he would do more for the state and for the benefits of the people of the state.

He stated that members of the DA Acolytes were drawn from the nooks and crannies of the state with others in Diaspora as a result of their conviction in the leadership of Prince Abiodun based on his high level of resourcefulness and determination to serve the people of the state.

“We are very pleased with his hard work and his readiness to continue to offer the people of the State outstanding dividends of democracy, his all inclusiveness approach to governance and building our future together agenda mantra are developmental and quite promising”.

DA Acolytes is coordinated in the Ogun Central by Moruf Aboaba. In the Ogun East by Taoreed Adegbenro and in the Ogun West by Ajayi Peter Kehinde.