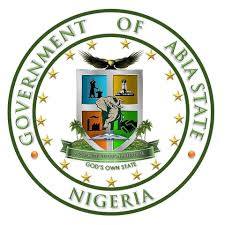 The Abia Government has declared the developer of a collapsed building at No. 85 Azikiwe road, Aba, one Mr Emmanuel Ohaka, wanted for alleged complicity.

The declaration is contained in a statement issued by the state Commissioner for Information, Chief John Kalu, on Thursday.

Newsmen report that the government made the declaration, following the discovery of two additional dead bodies in the collapsed building, bringing the number of dead persons at the site, to three.

According to the commissioner, one survivor was brought out of the rubbles alive while the other three, two females and one male were pulled out lifeless.

Gov. Okezie Ikpeazu, therefore, ordered the Commissioner of Police in the state to ensure the immediate arrest and prosecution of the developer and the site engineer, Mr Bassey Afokwalam.

Afokwalam is already in the Police custody.

Ikpeazu also directed the continuation of search operation at the site to ensure that nobody remained trapped under the rubbles.

He urged the police and other security agencies to provide adequate security around the area for the continued seamless operation of the rescue team.

The governor expressed sadness over the needless loss of lives arising from the illegal development of the property, being constructed without approval from relevant agencies.

He further directed the Town Planning Authorities and the Ministry of Lands to go round the state and ensure that construction is discontinued on any unapproved building under construction.