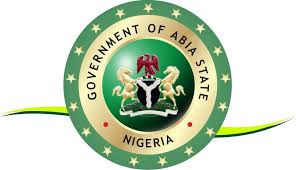 Top officials of Abia Government and local governments on Tuesday embarked on a cleanup of major roads of Umuahia in the aftermath of the #EndSARS protest.

The Chief of Staff to Gov. Okezie Ikpeazu,  Dr Anthony Agbazuere led the team, which also included officials of the Ministry of Youths and Sports Development, along with Abia State Environmental Protection Agency.

The team cleaned up the debris from bonfires and damaged structures, which littered the roads, beginning from School Road to Azikiwe Road, Government House, Aba Road and Umuwaya Road down to the city centre (Isi-gate).

The EndSARS protest, which took place in Aba and Umuahia, resulted in the destruction of malfunctioning street lights and traffic light at the FMC/Government House Junction, Umuahia.

Addressing the team at the end of the exercise, Agbazuere said it became necessary to clean up the streets, following the damage caused by hoodlums, who allegedly hijacked the exercise.

He commended the youths for coming out en masse for the exercise and assured them that government had heard their demands and was working to address them.

Our Correspondent reports that Ikpeazu had declared Tuesday as public holiday to enable the residents to participate in the cleanup, which took place in Aba and Umuahia.