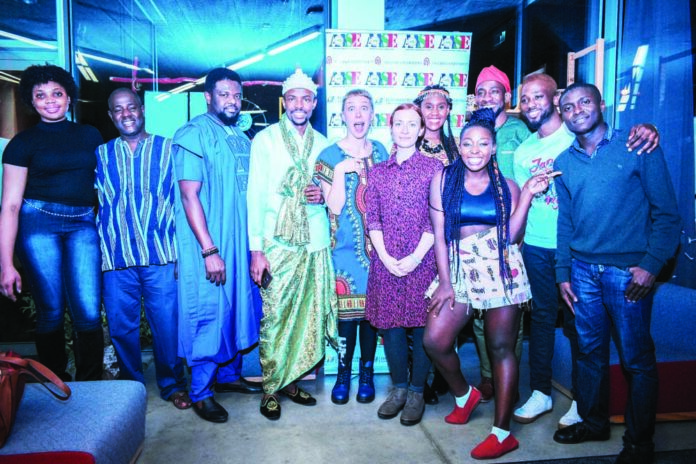 In a presentation anchored by Grace Muchiri, the Vice president of AASE, a student from Kenya citing the word of Chimamanda Ngozi which stated that there is a danger in telling one side of a story.

Muchiri noted that there was more to Africa that many were not aware of. She played a short video clip showing the ’Top 10 most beautiful Cities in Africa’ to further highlight her points.

To this end, the audience were amazed with what they saw and said that Africa was more developed and modern than they had been led to believe.

AASE’s president Mr. Daniel Ita in his remarks urged the audience that Abraham Petrovich Gannibal, the great-grandfather of a Russian Poet, playwright and novelist Alexander Pushkin who is known as the father of modern Russia literature was from Africa (Logone; then in Ethiopia, now in Cameroon).

Accordingly he said Gannibal was an adopted godson of Peter the great and served as a general in the Russian army.

Mr Ita further explained that Gannibal rose and became an important member of the imperial court in the reign of Peter’s daughter Elizabeth and Gannibal became superintendent (Governor) of the Reval; now Tallinn, Estonia. He held this position from 1742 to 1752, then retired and lived in Tallinn.

Nodrine Nabatanzi from Uganda, dazzled the audience with her outstanding performance as she danced to the African rhythm.

Nodrine led the participants into doing the Jerusalema dance challenge as well as a workshop on accessorizing braids and tying headwraps.

The event featured sales of African products, fabrics and display of artifacts by Gilly jones from Ghana.

During her vote of thanks, Salme Kulmar from International House,Tartu (Sponsors of the event) expressed much joy saying that she felt overwhelmed by the number of participants and the positive feedback received.

The essence of the event was to showcase the rich and diverse culture of Africa to the Estonian community and the world at large.