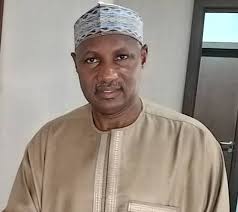 In commemoration Nigeria’s 60th Independence day Anniversary, former Principal Secretary to President Goodluck Jonathan, Ambassador Hassan Ardo Tukur has decried the state of the Nation, grappling with socio-political, religious, economic challenges, calling on Nigerians to respond to the call for patriotism and nationalism.

In his congratulatory message, Tukur who is the Patron, Unveiling and Rebranding Nigeria Initiative, (URNI) noted that the citizens hold it a duty to protect the integrity of nation building by abiding with all the essential demands of our great country.

According to him, this would enhance and strengthen Nigeria democracy and create a better economy for our dear nation.

“The call for patriotism is a clarion summon to loyalty to one’s society. All over the world the sole mantra for growth and development of any nation balls down to this concept, as it will be inconceivable to have any enclave of people without contribution towards achieving their ultimate goals.

“Some countries have been termed developed and the foundation arose from patriotism of the leaders and citizens of such countries. Talking about non-patriotism would be the same tale of a house divided against itself.

“Since her amalgamation of the north and south by Sir Lord Lugard in 1914, several founding Fathers like; Dr. Herbert Macaulay, Dr. Nnamdi Azikiwe, Sir Tafawa Balewa, Ahmadu Bello, Chief Obafemi Awolowo, amongst others, fought tirelessly to build the Nigerian nation as one single entity. They all achieved their goals of building an entity in what has today become Nigeria on October 1, 1960.

“However, since 1960 till date, the country has been grappling with socio-political, religious, economic and other aspects of life through transition of various government to include several military intervention in the polity of the country after a bloody civil war that disrupted the democratic dispensation of the founding Fathers of our democracy.”

He however noted that despite the negative impression portrayed about some few Nigerians across countries of the world, more Nigerians have also contributed immensely to the growth of many several developmental policies of different economies, as well as creating innovations that had contributed positively to those countries.

“Basically, we commend all the governments from 1960 till date on the efforts made towards enhancing the livelihood of Nigerians, mostly the youths, who are the live wires of the society. Evidences of these can be noticed from the Social Intervention Programmes, SIP and other policies that would redeemed the status and image of the country in all aspects,” he stated.