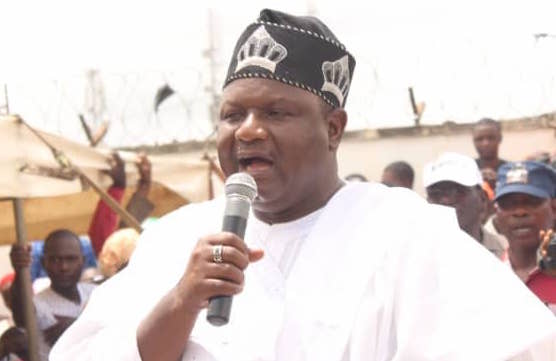 The Osun State Chairman of the All Progressives Congress (APC), Prince Gboyega Famodun, has described the state Governor Gboyega Oyetola as an administrative wizard whose accumulated wealth of experience has been adding substantial positive value to the rapid development of the state.

Famodun stated this in his congratulatory message to Oyetola on the second anniversary of the administration of the governor.

In the statement which was issued by his Media Consultant, Kola Olabisi, in Osogbo today, the state party chairman hinted that “Osun State is blessed for having a workaholic, urbane, suave, humble, focused, easy-going, friendly, respectful, courteous, empathetic, taciturn and action-packed governor like Oyetola as the governor.”

According to Famodun, “one unique attribute of Oyetola is his innate ability to refuse to be distracted by extraneous factors during the course of his provision of qualitative governance to the people of the state”.

In his words: “Governor Oyetola is indeed a blessing to Osun State as he has been transforming the state since the last two years of his administration.

“The governor has refused to be distracted by the intrigues of the opposition who have been looking for various avenues to get at his administration but without luck.

“Governor Oyetola’s policies are people-oriented as he goes an extra mile to hearken to the voice of the people in running his administration.

“This administrative/financial wizard who currently has the constitutional power to direct the political affairs of Osun State has been disappointing the opposition through his superlative performance in office.

“I am happy to be associated with you and your administration which has successfully turned the entire state into a construction site.

“If you could record such enviable achievements during two years of your tenure, it means the people of the state are lucky to have you at the echelon of authority in the state.

“On behalf of my family and all the stakeholders of the APC in Osun State where I function as the state chairman, I congratulate our amiable Governor Oyetola on the successful attainment of his two years in office.”