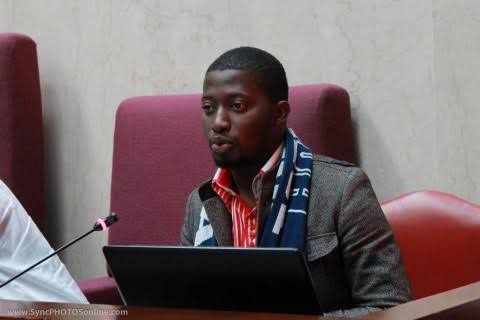 The national Youth leader of the All Progressives Congress (APC), Mr. Dayo Israel has said despite various challenges ravaging the country, a good number of Nigerian youths believe in APC’s administration and will not hesitate to vote for the party in the forthcoming general elections, especially because of the capacity of its presidential candidate, Asiwaju Bola Ahmed Tinubu.

In a chat with the Nigerian NewsDirect, Dayo revealed that though a fraction of the youth are on social media who don’t see anything good about this administration but they are too small compared to those whose assessment is devoid of sentiment and believe the government meant well for the people.

According to him, the APC has never for once jettisoned the welfare of the youth and it explains the reason the party has enjoyed their full support in all the off-season elections held so far.

“I think that we must always show perspective in how we appreciate issues and make inferences. There are challenges with security and economy, but I think that a number of young Nigerians can see what this administration has done and continues to do, at both the national and sub-national level, to address these problems and bring about lasting changes.

“Ever since the ENDSARS episode, the APC has won state, senatorial, and other elections in different parts of the country, including Lagos, my home state, with youths playing key roles in that victory. My Governor, Mr. Babajide Olusola Sanwo-Olu enjoys a stratospheric approval rating among young Lagosians who are the direct beneficiaries of his investments in infrastructure, health, education, jobs and opportunities, among others.

“The same is the case in most of the states controlled by the APC. We must understand that politics is, first and foremost, local and certain hastily discounted factors in fact play highly influential roles in how people perceive and assess the ruling party and its administrative efforts. It is not enough to base the state of the party and the strength of its relationship with young Nigerians on the sentiments of a tiny segment of the population, even if those sentiments are indeed valid and worthy of serious attention. Nigeria does not begin and end on Twitter.

“That notwithstanding, a number of young Nigerians clearly wish for positive changes and the youth wing has begun the process of engaging and reaching to them to re-emphasize the commitment of our party and Asiwaju Bola Ahmed Tinubu to frontally and decisively tackle these problems.

“Those who have interacted with us have given positive feedback, largely because we have a great candidate in Asiwaju Bola Ahmed Tinubu whose antecedents and documented records inspire confidence. We will cast our net wider and intensify these efforts when the campaign is formally declared open by INEC.

” I believe that we will do enough to persuade those who presently disapprove of our handling of these specific issues, restore their faith in the party, and galvanize young Nigerians in the north and south for our party and Asiwaju Bola Ahmed Tinubu 2023.”

Speaking further, the youth leader said he’s not unaware of challenges young Nigerians are going through but the end is almost here as Bola Ahmed Tinubu of APC has all it takes to bring about the desired change.

“The position of the party is clear and I think most Nigerians share our view that at this time, what the country needs above all else is competent management to overcome the challenges that confront us.

“We need to create new jobs and economic mobility for our bulging youth population, and weather the storm of a global economic downturn in the face of oil’s continued volatility and a world in search of energy options. It is a time of great peril but also of great promise and opportunities. Whether or not we emerge stronger and better positioned for future disruptions will depend on our set priorities and focus.

“Asiwaju Bola Tinubu believes in Nigeria’s diversity, as evidenced by his remarkably inclusive public leadership records. His choice of Senator Kassim Shettima, who is widely respected for his feats as Governor of Borno State, was not done out of spite nor does it serve as a testament of his resolve to run a sectional government if elected. Rather it was a decision based purely on the principles of good and open governance, as he explained in his announcement speech.

“Christians and indeed adherents of other faiths that come together to make Nigeria’s beautiful and globally admired social fabric have nothing to fear; Asiwaju Bola Ahmed Tinubu is a dye-in-wool democrat who will defend and uphold the rights of all and lead a country committed to the spirit of fairness and equity.

Addressing the issue of attacks and assaults which are on the increase on social media, Dayo described such as unhealthy and undemocratic. He therefore appealed to political leaders to educate their followers on the need to be civil in their engagements with the opposition for the common good of the nation.

“I think anyone who has been paying attention can point to the major source of the bile and attack that you describe. A section of the populace has strangely decided that only they must enjoy the freedom to express their partisan beliefs and promote their candidate. Anyone who expresses a contrary view risks suffering a vicious attack and harassment that sometimes leads them to fear for their safety.

“Their private information is released to the public without consent, with a clear intent to incite the visitation of harm upon them. I think this is all unhealthy, and as the leader of the ruling party’s youth wing, I have and will continue to engage certain stakeholders on the need to sanitize the media space and restore basic decorum and mutual respect.

“There is nothing new or unusual about the trade of divergent political opinions, perhaps even heatedly. Young Nigerians are passionate about this country and desire for it to make the right decision next year, whatever their understanding of that may be. But we cannot have a situation where a small section of the electorate will arrogate to themselves the power to determine for other citizens who they must support and how they must vote next year, under the threat of intimidation and harassment. It is both unhelpful and undemocratic. We will continue our appeal to their leaders to call them to order, while ensuring discipline and focus within our ranks.”